One question that can't wait until  you're here: Can I fertilize a perennial garden in the fall? I used to and then someone told me it was a bad idea so I stopped. But I think I heard you say you do fertilize in fall and I think my garden actually needs it. - N.S. -

A fall application is the single most important fertilization you can do for a lawn, trees, shrubs or a perennial garden. We hold off on nitrogen fertilizers between early August and the first fall frosts so that plants will begin to harden off in response to natural, late-summer cues of shorter days and lower nitrogen. Then when fall arrives we augment the soil's natural fertility by adding organic or slow release granular fertilizer. 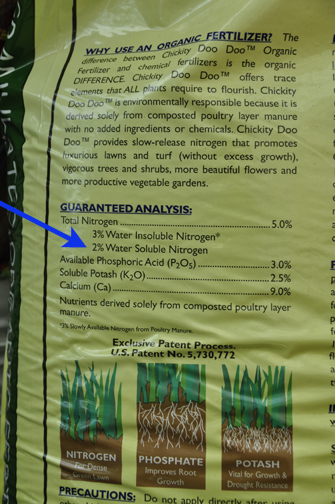 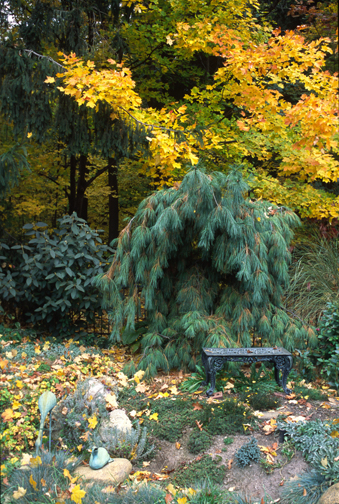 Organic materials such as poultry manure, dried cow manure, compost, greensand, bone meal, feather meal, cottonseed meal and sewage sludge are like fall leaves. They break down over winter to dissolve in spring just in time so that their nutrients can be incorporated into a new season's foliage and stems. The same thing happens if you use granular fertilizers treated so that they dissolve only after exposure to certain amounts of warmth and moisture -- Osmocote and Once are examples.

If we wait to fertilize in spring, we usually wait too long. Plants resume growth earlier than we expect, during February and March thaws. As they grow they need nutrients the same way rapidly growing youngsters need vitamins. So while we're still indoors longing for spring, trees, shrubs, perennials and lawns have left winter behind and are taking up fall-applied slow release and organic nutrients.

We measure out organic or slow release fertilizer based on soil test results for a given garden or at a guesstimate rate of one cup of a balanced fertilizer such as 5-5-5 Organic Blend per ten square feet of garden. WE spread it after we have cut herbaceous plants out of the way but before we weed, divide, and plant new perennials and bulbs. The fertilizer becomes mixed in as we work, and then is covered with mulch or Nature covers it with a natural mulch of fall leaves.

When to expect frost on the vine

When, on average, does the first hard frost occur in my area - southeast Michigan? - W.S. -

According to the National Weather Service, the average date for the first killing frost in your area is October 21. It may happen a few days earlier or later for areas at the edges of developed land.

"Average"  in this case means it's the center of the date spread. Half the time, that first killing frost comes before October 21 and half the time it comes later. The earliest killing frost on record in Detroit in southeast Michigan was September 22, 1974.

A killing frost is one that is likely to kill the leaves and stems of not only tender plants (zinnias, impatiens, eggplant) but hardier species. The temperature usually falls below 28 degrees.

For us, gardening continues long after the first killing frost. Many plants are not affected and still look good, while others are just coming into bloom. We keep deadheading and removing distracting brown foliage around those still putting on a show. During the six or eight weeks after the first killing frost and before the ground freezes, it's also an excellent time to catch up on basic gardening and get far ahead of spring work. That's when we  weed, cut, add slow release organic fertilizer, divide, move, plant, and mulch.

Other gardeners extend their season beyond hard frost by using cold frames, floating row covers and other strategies to protect plants. Some are still harvesting tomatoes as well as cool season vegetables in November when others are bringing holiday decorations down from the attic.

If your phlox, bee balm or other perennials were bothered by mildew this year...

...hot compost those fungus-infested stems and leaves to cut down on the number of spores left to restart the cycle next year. Then fortify next year's plants against the mildew by dividing them and replanting only vigorous, outer-edge pieces with just two or three eyes.

A clump of phlox or bee balm with three stalks will grow thicker, stronger stems and flowers, will remain open all summer to fungus-beating air currents, yet look as full or fuller than a plant with 30 spindly, competing stems.

to borrowing your neighbor's garden tool one last time this year, then giving it back sharpened and oiled!

to pruning trees and shrubs in September. Don't prune woody plants when their leaves are falling or forming. If a shrub or tree needs cutting, wait until November or clip it during a late winter thaw before growth resumes.