Last fall my wife and I planted eight Red Twig Dogwood bushes along the back of our yard in hopes of it someday turning into a natural fence.  Despite it being the first time we've done anything like this (our gardening has been limited to vegetables until now), the planting went well and they appear to have survived the winter just fine.  My question is: now what do we do?  I have been told that I need to prune them back but I'm not sure how to do that or how much to take off.  I've been told just about everything from leave them alone to cut them down to about 6 inches in height (they are now about 4 feet tall)!  Any help would be appreciated. 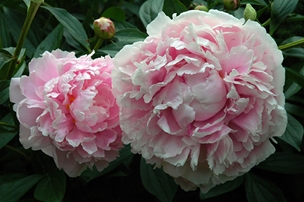 Just leave them alone the first year and let them get well established --  which they have a better chance of doing if allowed to keep all their wood and all the buds set last year. Next spring, begin pruning one of two ways, for redder wood and slightly smaller size than normal (1) or restricted size (2).

Method 1 -- Just before the shrub leafs out in spring, by about April 1, cut off at the base all three-year old canes. These are noticeably grayer or browner, rather than red. This will take out about one-third of the plant. New canes will grow from the roots. New wood -- one and two years old -- is much redder than old. This will incidentally keep the plant to about half its normal height, six rather than twelve feet.

Method 2 -- Just before the shrub leafs out in the spring, cut all canes to the ground. They will all grow back, all be young and quite red the next winter, and the shrubs will only get to be about five feet high each year.

Growing a vegetable well is really no different than growing any other plant. If you've been successful with vegetables you understand the importance of putting a plant into its proper setting and have also sited your shrubs well. This special note regarding method #2 is for those readers who haven't reached your level of expertise. Red twig dogwoods belong in moist, well drained soil in full sun. If these shrubs are planted in shade or in dry, hot soil, they will not respond well to the hard pruning in Method #2.

My peony doesn't bloom. It's green and full but not one flower. Should I just learn to love it green?

Have your tried using a preventive fungicide? The fungus (Botrytis paeonia) commonly rests in the soil and on old peony debris, then splashes up on newly emerging peony stalks in early spring. It infects and kills stem tips where flower buds should form. Tiny, brown, unopened buds are often visible later on stems infected this way.

A copper-based fungicide such as Bordeaux mixture can prevent infection if applied as the peonies break ground and twice more over two to three weeks.

Another killer of just-forming peony buds is spring frost, which can nip a developing tip "in the bud" while leaving the rest of the stem to develop well. Though peonies like full sun, if you're in a frost-prone area they may perform better if given some shade for the first hours of each day. On brisk spring mornings frosted new growth will thaw gradually in some shade, rather than being rushed from frozen to dead dry by first morning sun.

Pay close attention to watering this spring.When water is abundant in April trees, shrubs and perennials are quicker to leaf out and begin producing an energy surplus. They sock away that energy -- starch -- against lean times and future spring start-ups.

If spring is dry so that growth is slower than usual, no amount of supplemental irrigation during summer drought will make up the slow start. Plants just won't have as long to replenish and increase their back-up starches. When pests or stress strike the plants won't have reserves to use in replacing lost foliage.

Because we're entering the third year of a deepening drought, even many old, established plants are already in this downward cycle of decreasing energy and increasing problems. Help them by watering this spring.

Plant some peas today! Smooth the soil, open a row, drop in peas and cover them with a half inch of soil . You'll be enjoying sweet fresh peas in the first week of June.

Green thumbs up to chopping back overgrown clematis. Cut it to the ground, keep it watered and retrain the replacement shoots as they surge back up. Large-flowered June blooming hybrids may bloom late and light this year but oh, the lush blooms in June, 2001 on all those young branches!

Green thumb's down to swept-clean perennial and shrub beds. Rain and wind can compact and erode that soil, which is meanwhile being starved of the newly-decayed organic matter on which all its life is based. Replacing leaf with wood or bark is not an even trade, so let some leaves lie.

Sponsored by: John and Barb Nowakowski 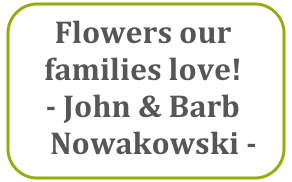 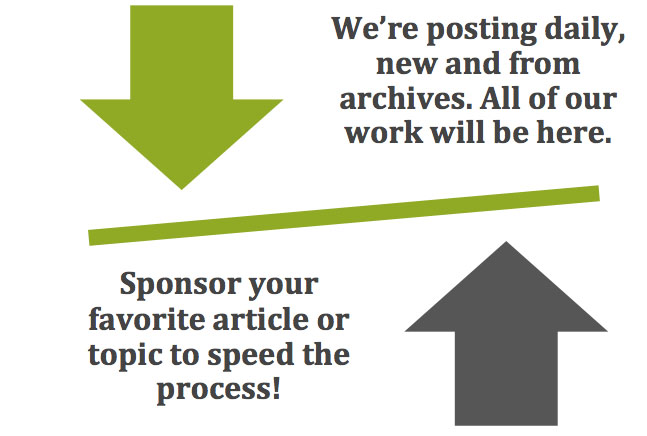 What's Up 208: Get the houseplants in order