I have two ficus trees. One has a leaf drop problem. It spent summer on a covered porch which faces east. It looked fabulous! It was moved to a westerly door wall window corner -- it's probably getting more light now than during summer but it's lost nearly half its leaves. My other ficus summered on a shaded open deck facing west. This tree has not dropped a single leaf since being brought indoors to a well-lighted sun porch with a west exposure.

I know the ficus is notoriously finicky but I don't understand the difference between these two trees' reactions.

This issue is sponsored by...

The simple answer is that conditions are worse for the one tree. Sometimes it's tough to discern such a disparity, but I think there's less mystery here than you think.

Low light, improper watering and severe temperature swings are common causes of leaf drop. Look at each, for each plant.

I doubt your troubled tree is receiving a tenth the light it had in summer. Even on a cloudy winter day outdoor light levels reach 200 to 5,000 foot candles -- foot candles measure light intensity. Inside at our brightest work bench we operate with 40 foot candles.

Our perception of light is so different than plants' that we may never recognize the deep shadow next to a window. A tree at the window's corner is greatly disadvantaged compared to one at the center -- it may receive only 20% as much light.

Leaves shed for lack of light usually yellow first, then drop from lower, older and interior branches. Plants that need full sun or bright filtered light like "Ficus benjamina" suffer most, living off stored energy and shedding leaves they can't support until they once again receive the optimal 5,000 to 10,000 foot candles.

Next comes overwatering, which can exacerbate low-light leaf drop. Give one plant 80% less light but water both the same and the first can't draw the water up to its foliage -- a movement that's directly dependent on sunlight. Unused water sits around the roots, killing and rotting them so the plant has even less ability to take up water when it's next in the light.

Depot a plant and look at its roots to see if rot is at work.

Water only when the soil surface becomes dry. Add enough to wet the entire root ball -- you'll see water exit the drain hole when this has happened. Pour off excess from the overflow saucer after 20 minutes.

Draftiness might be causing or contributing to the problem. A draft can create a 20-degree temperature change, enough to put a plant in danger. Have you experienced the misery of being the only one in a party shivering, because you're in line with the cold breeze or fan? Perhaps your one tree has that sad lot but no voice to tell you. If the leaves aren't yellowing before they fall, it's likely. Move the plant or baffle the draft with a screen.

Still puzzled? Then rely on the tenacity of plants. I have two crotons that summer outdoors. They come in and immediately begin defoliating. Although they're both centered in south windows, low light is their problem. I should aim a grow light at each one. Instead, I water carefully, keep the leaves clean to beat back mites and other pests that could make things worse, and accept that the plants will drop 90% of their lovely foliage before spring. I rush them back out to their covered north porch in May where they revive and look spectacular all summer and fall.

I had my hibiscus outside this past summer. It didn't bloom. I brought it inside and began feeding it. I was so happy -- it formed buds on every stem. It opened a few flowers and then the buds started to fall off. What could be wrong?

Decreasing light intensity and shorter days may be the trouble but drafts or low humidity are often to blame when flower buds drop.

Plants need at least 40% humidity to be healthy, but in winter we subject them to desert-like 5% humidity. Change this by running a cool vapor humidifier. As side benefits your wood furniture will be less likely to crack, and you'll suffer less from chapped lips and dry, virus-susceptible nasal membranes.

to fingernails, now making their seasonal reappearance on gardeners' hands. How much more we appreciate what a nail-tipped digit can do, since we operate without them for months every year!

to heavy-handed packing of poinsettias. Please, when you wrap my poinsettia for its trip home, remember how brittle its branches are. I hate to unwrap it and find half the plant I bought.

To see more articles rated highly by our Sponsors... 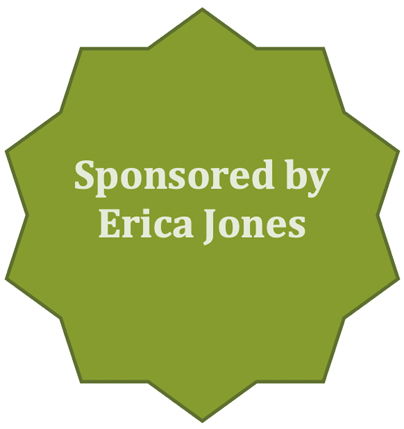