Many of you have written to say you are ready to replace your ash tree but don't want to plant a maple, locust or callery pear since we already have so many of them in our urban forest. Although all three of those standards are fine trees, I'm glad you're willing to look further. The more diverse we are in replanting, the more we reduce the chance of future tree losses on the scale of the elm epidemic of 30 years ago or the current ash disaster. 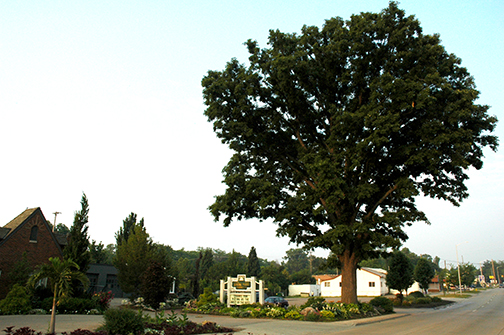 Trees for spaces between five and ten feet wide:

Amur cork tree (Phellodendron amurense, fruitless varieties such as  'Shademaster' and 'His Majesty')

Trees for larger boulevards and islands, where roots have at least ten feet to spread in all directions:

For areas without restriction on roots:

In the Wake of Emerald Ash Borer: Ash tree replacements

As the non-native insect, emerald ash borer (EAB), continues killing billions of ash trees (Fraxinus species) throughout eastern North America, there is as yet (2014)  little we can do to stop it. Here is a list of trees suitable for replacing an ash at streetside or in your yard. It was compiled from the choices offered by city foresters in our area, at the epicenter of the emerald ash borer plague.
On our list we have included detailed descriptions of the trees. For more about emerald ash borer, search those words here on our site and visit the U.S. Forestry Service  EAB information page where you can learn about EAB status in your area, and the latest on its control.
download the ash tree replacement list in pdf

Need to know what grows under black walnut trees?

You can find lists of plants killed by or compatible with walnut trees  by searching the Internet for Juglone, the toxin produced by walnuts. Better yet, go tour gardens grown under walnut trees and make your own list.

Fall is a great time to plant.

New plants placed now in late summer and fall have two cool seasons in a row to take hold before facing summer heat. That's like gaining a whole extra year's growth. If you lost a big ash tree to emerald ash borer, nothing can replace its crown right away but at least you can gain that year's advantage by fall planting.

to ornamental grasses, now coming into their brightest season. Special applause to native little bluestem (Schizachyrium scoparium), surviving since before Europeans colonized. It's a wonder to think that farm fences placed to keep livestock off the tracks and sparks from coal-fired trains worked in favor of such plants. Fences stopped overgrazing and frequent fires killed foreign species while sparing natives that could endure flames via their genetic "memory for fire" born of prairie lightning strikes.

to the proliferation of antibacterial products for daily use, such as hand cleansers and medicated bandages. Gardeners know better! We who once found it fairly easy to keep fungus-prone roses and fruit trees clean learned that continual use of a single anti-microbial agent bred resistant disease organisms. Now some fungicides can't control blackspot and apple scab, just as penicillin no longer kills certain human diseases. Follow good garden sense and apply medicines, for plants or people, only when truly necessary and alternate between two or more products with different active ingredients.

This page Sponsored by: N.W. 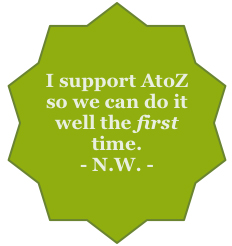 Browse more articles which have
been recommended by Sponsors.

You, too, can be a Sponsor.
A small Sponsorship goes a long way
to bringing more articles from our library to this site.
Just email to pledge a Sponsorship and tell us
the topics you want to read!