So many Clematis, so little time! 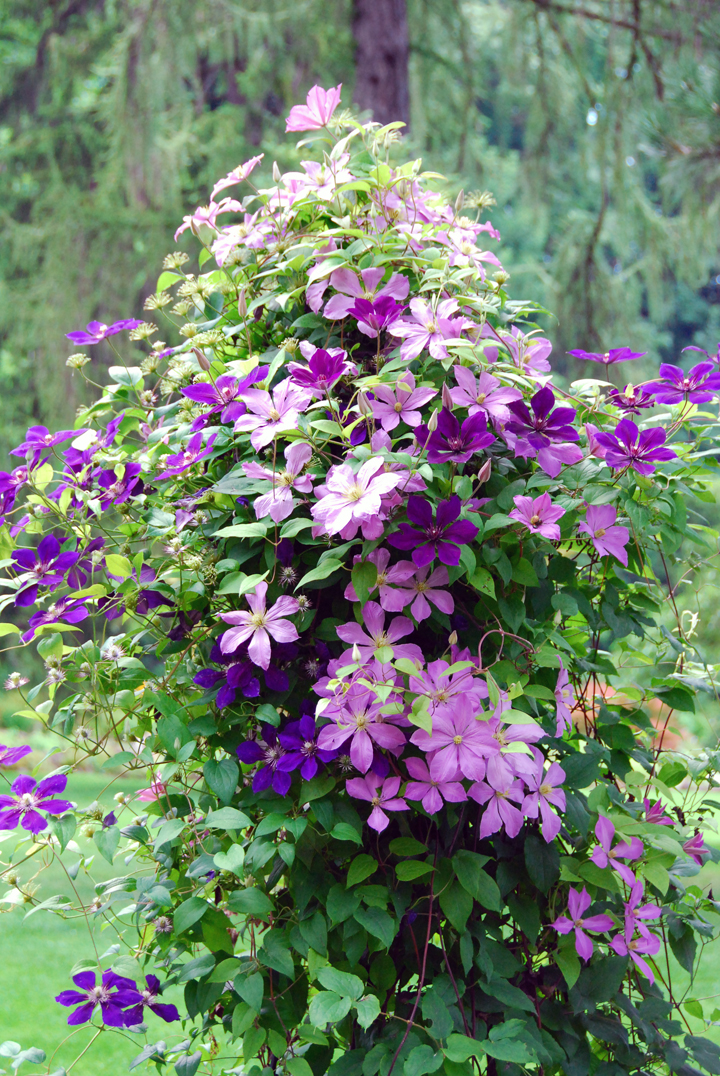 There are over 200 species of clematis. If you decide to become a collector you can find at least a dozen species without too much effort plus dozens more varieties of the popular large-flowered hybrids.

Good information from those who do collect, at the Clematis International site http://www.clematisinternational.com

Here are just a few to get you started, presented in the groups most clematis experts use to facilitate discussions of their care:

...such as white or pink Clematis montana, white C. armandii, nodding bellflowered C. alpina and C. macropetala. To prune these: Don't bother/No need to prune unless there are space limitations. Then, cut to remove very old or dead wood right after bloom finishes. (Note: The first two of these big clematis vines are renowned for fragrance. Unfortunately they are rarely successful in northern gardens because spring frosts often kill all the flower buds. The last two are hardy but not fragrant.) 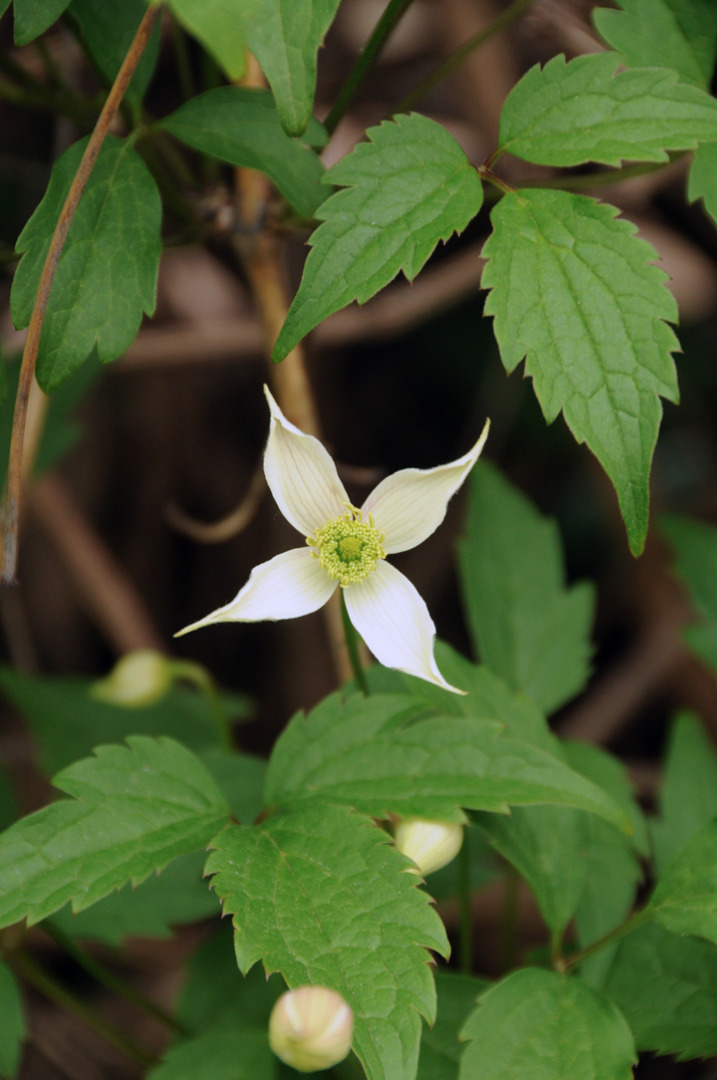 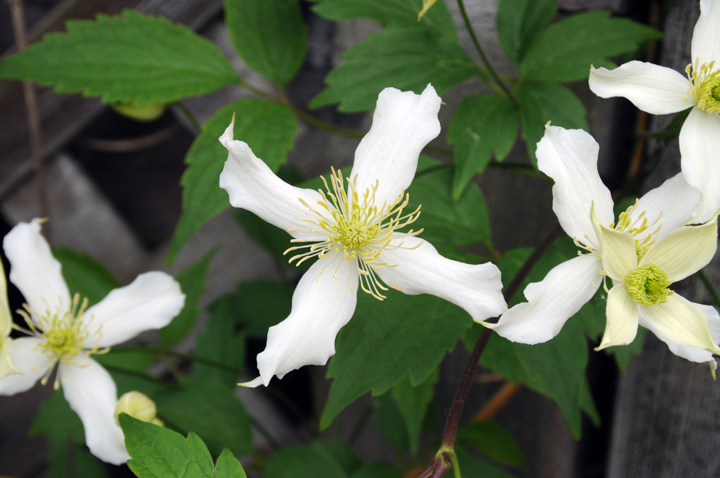 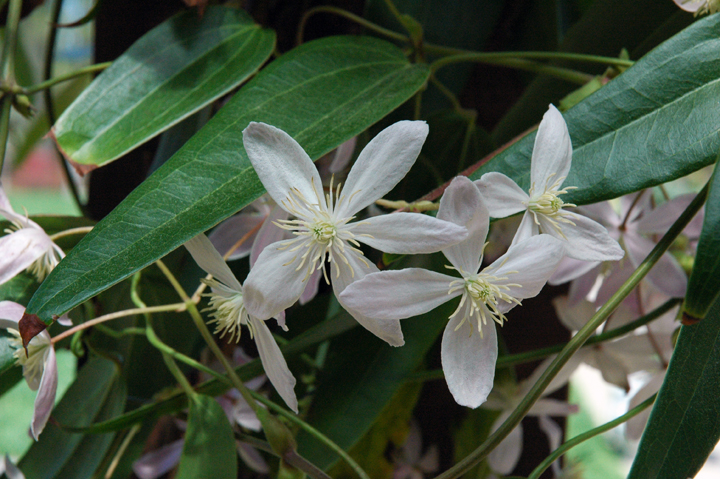 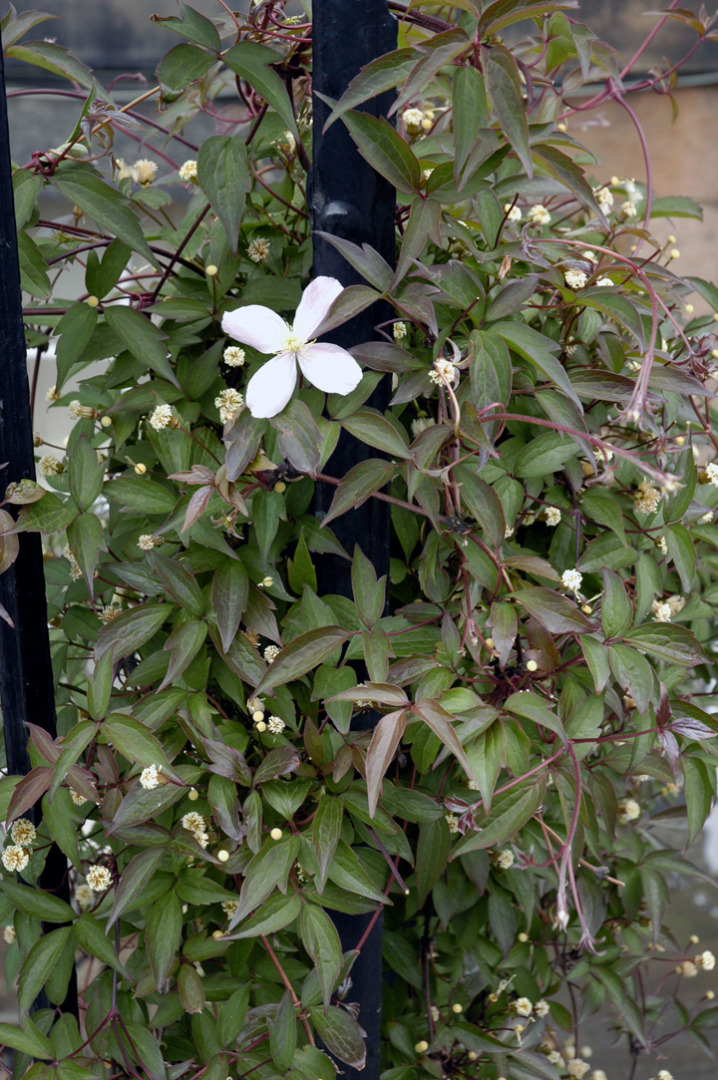 These begin blooming in June, and include  'Nelly Moser,' 'Belle of Woking', 'Henryi,' 'Dr. Ruppel,' 'Duchess of Edinburgh,' 'The President'* and C. x jackmanii 'Rubra'*. To prune these: Cut in late winter or very early spring to take out the dead or damaged wood and old, less productive wood. Then, shorten the remaining canes to remove all that's weak, cutting every cane down to a pair of plump, strong buds. 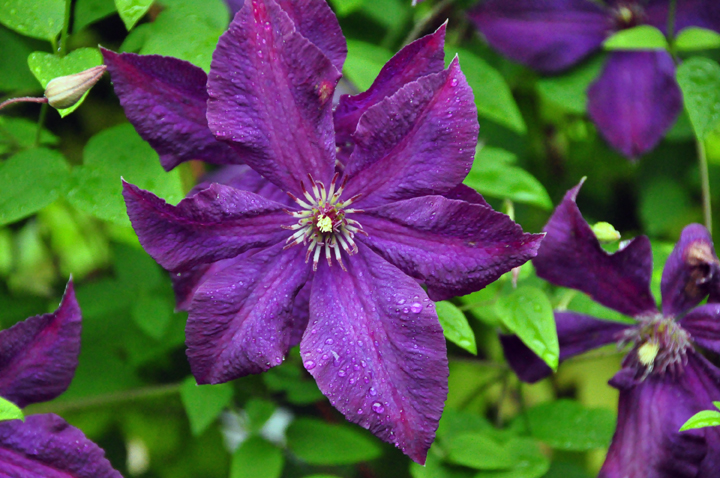 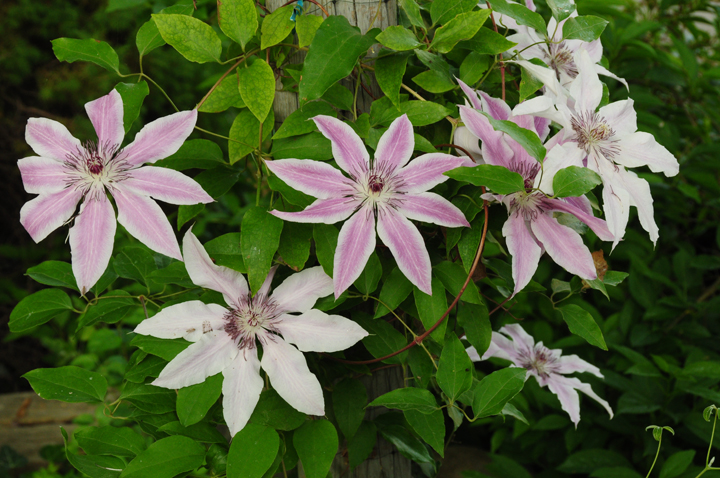 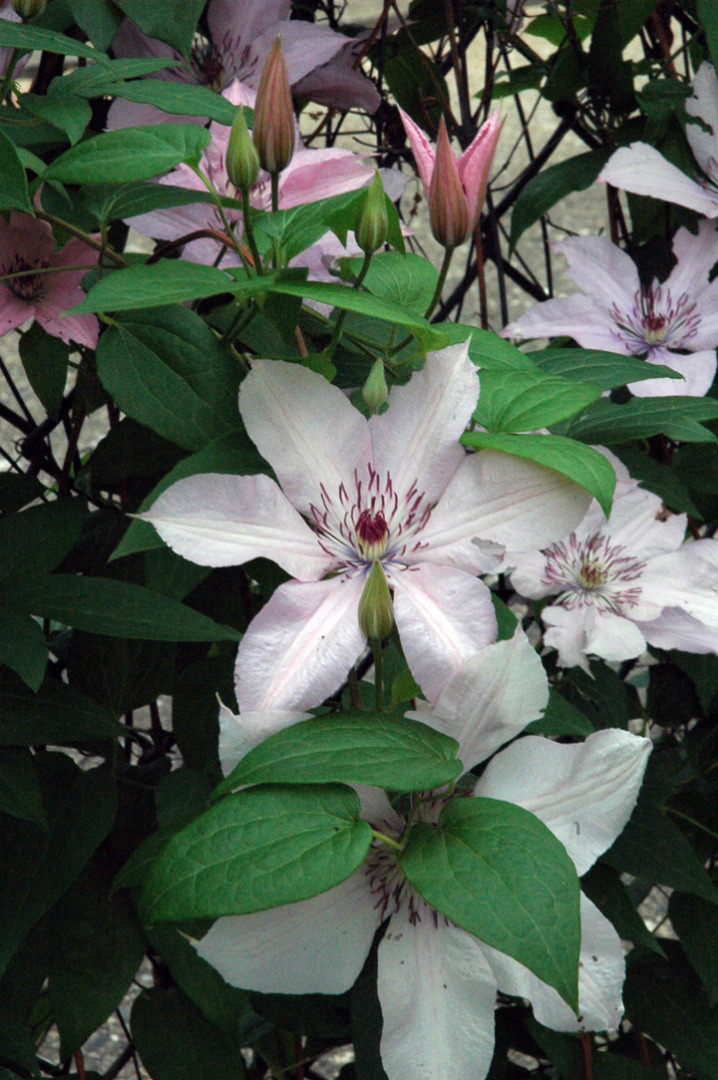 Interesting thing about 'Nelly Moser' and some others: The second flush of bloom may be quite different from the first in color, size and even petal count (single vs. double).

*The jackman hybrids fit into both 2/B or 3/C as they have genes from both groups. Some of the hybrids commence blooming earlier than others but all bloom later, as well. All are prolific producers. So any jackman can be simply cut to the ground as a 3/C and still produce plenty of flowers that summer. If you have one that can begin blooming early, in June, you can prune it per 2/B directions to have both rounds of bloom; then deadhead after the first bloom to improve the quantity of second-round bloom and present those later blooms more neatly. More about jackman pruning in Growing Concerns 611.

**Some C. viticella hybrids can begin bloom with Group 2 and so can be treated as a 2.

***By cut back hard we mean to the ground. However, you might choose not to cut a Group 3 all the way to the ground. That's a situational thing, explained in Cut Low or Lower. 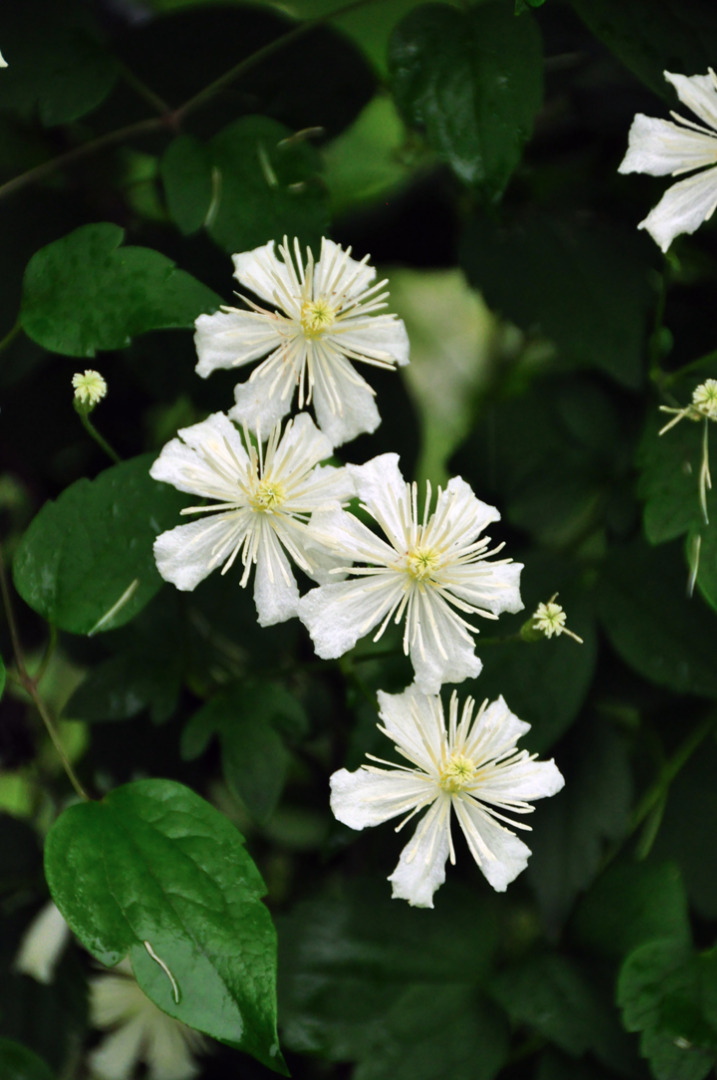 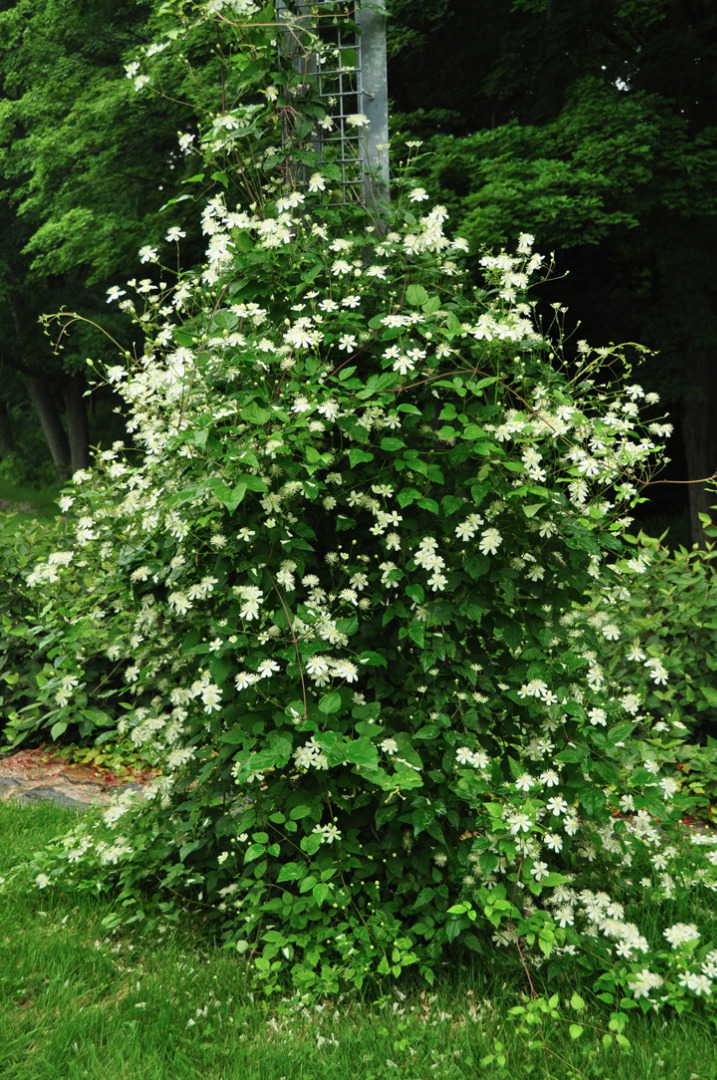 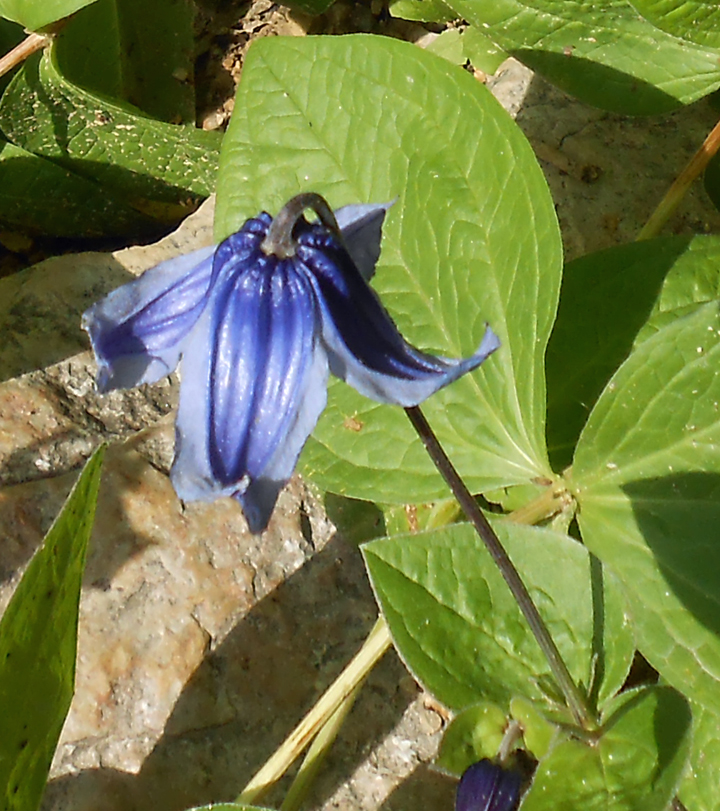 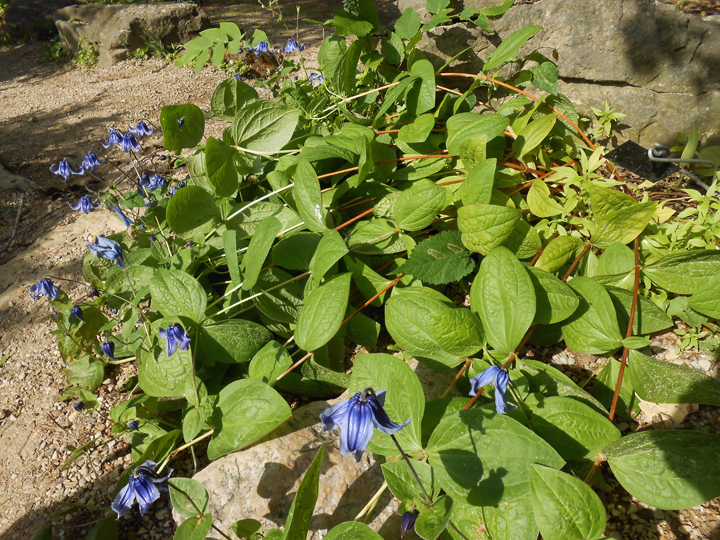 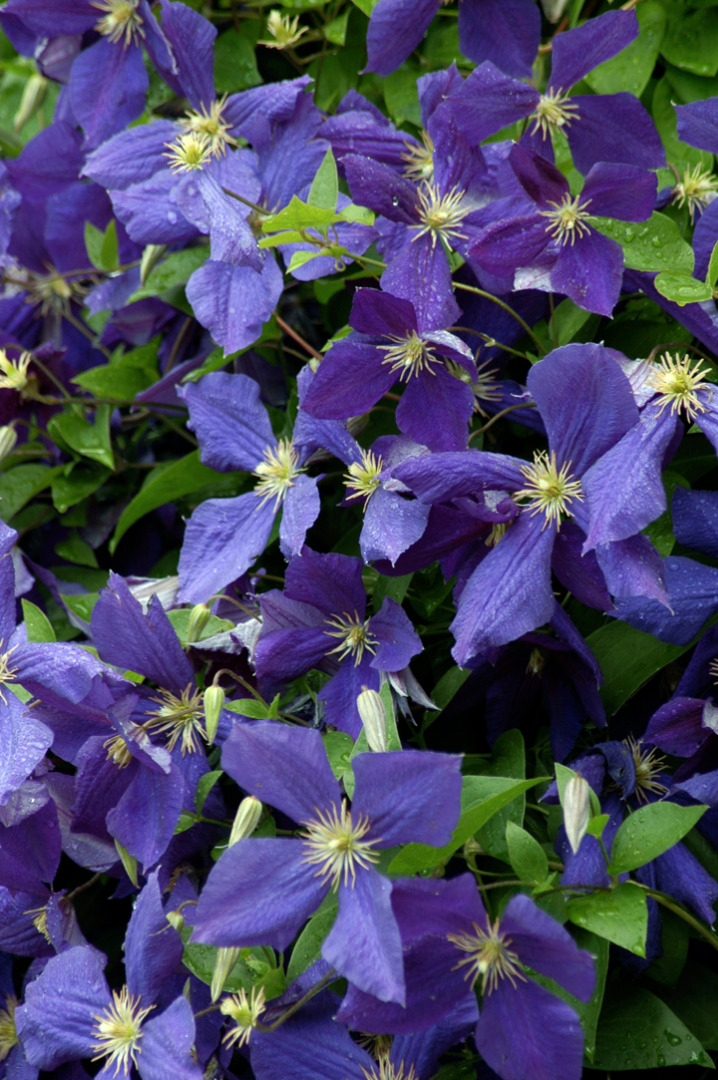 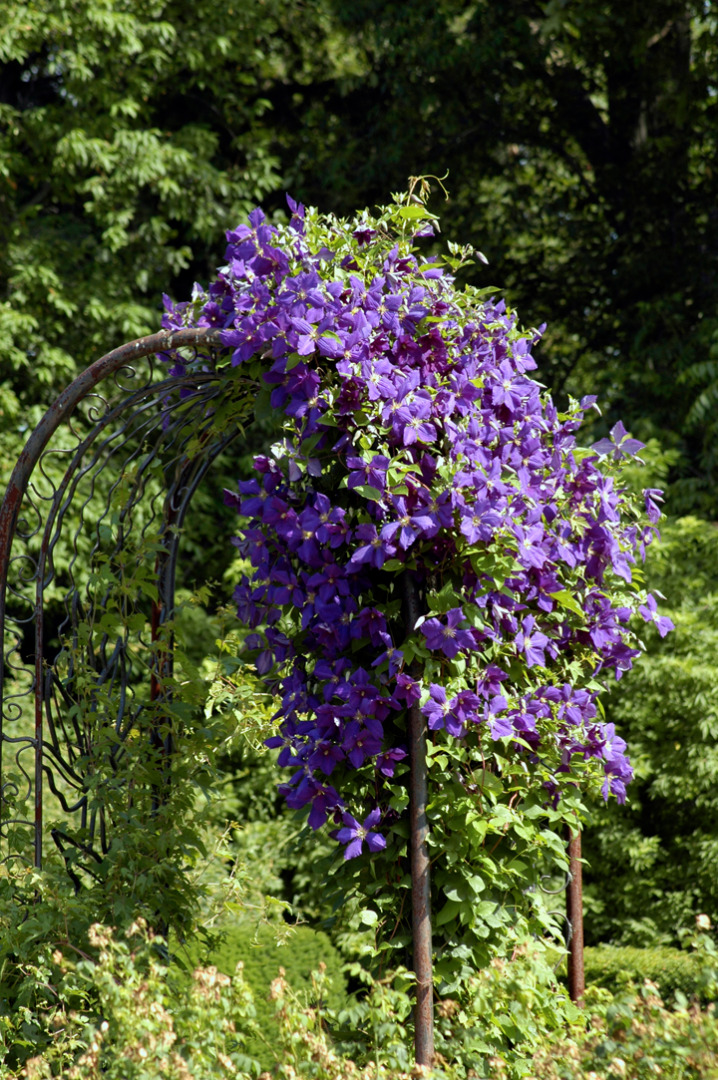 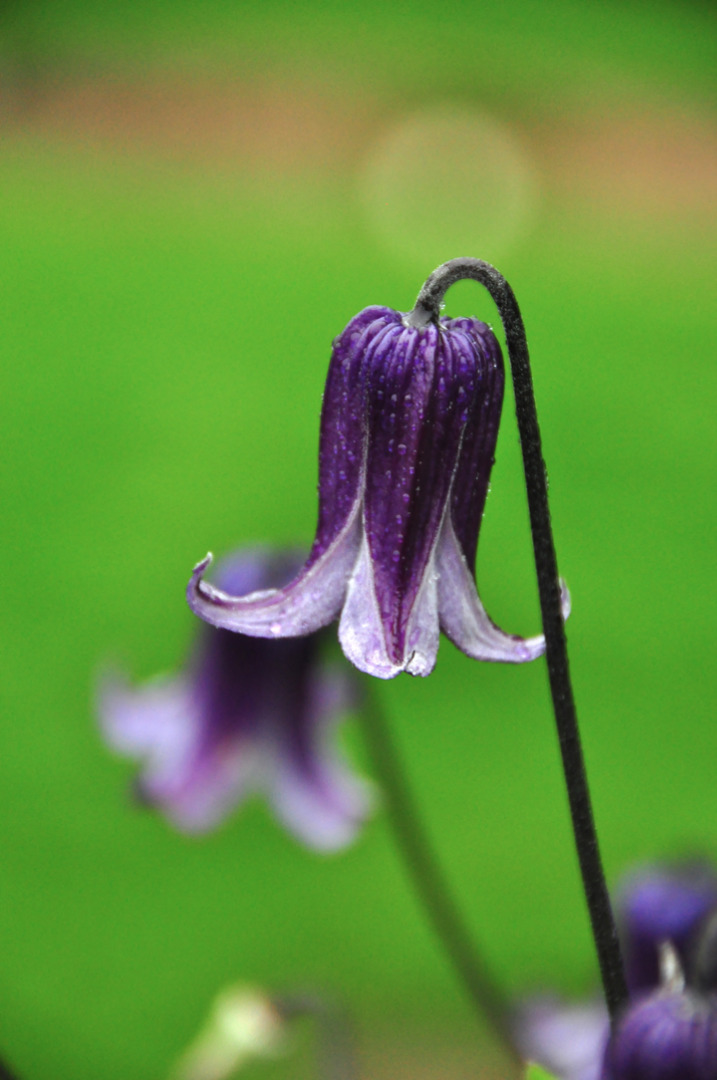 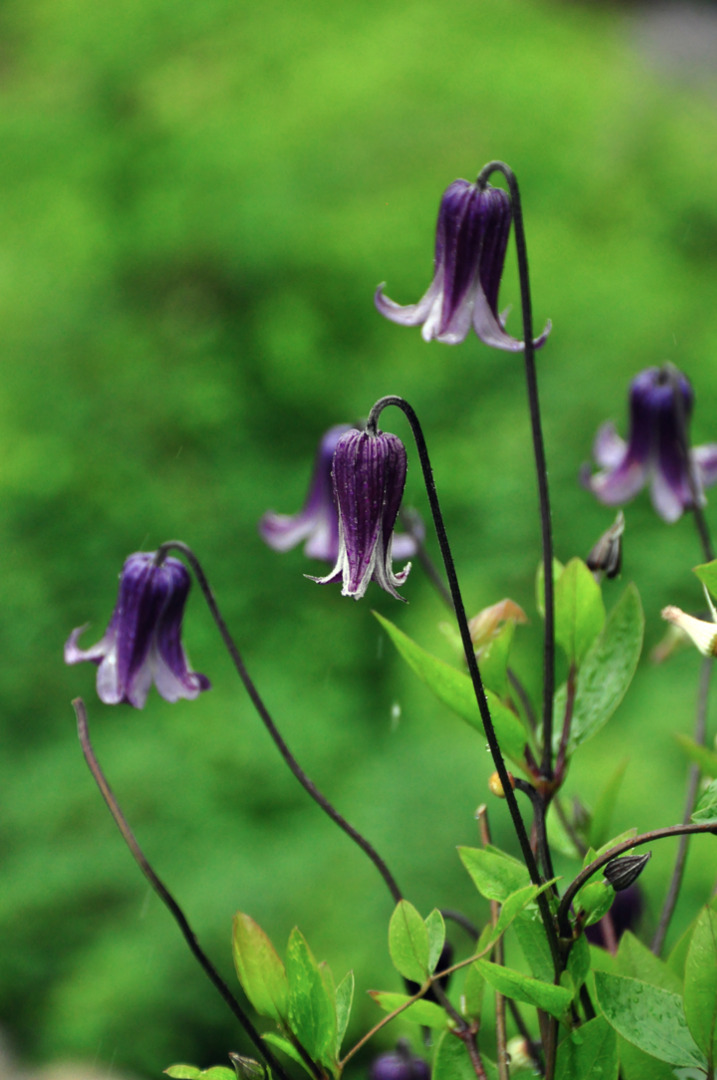 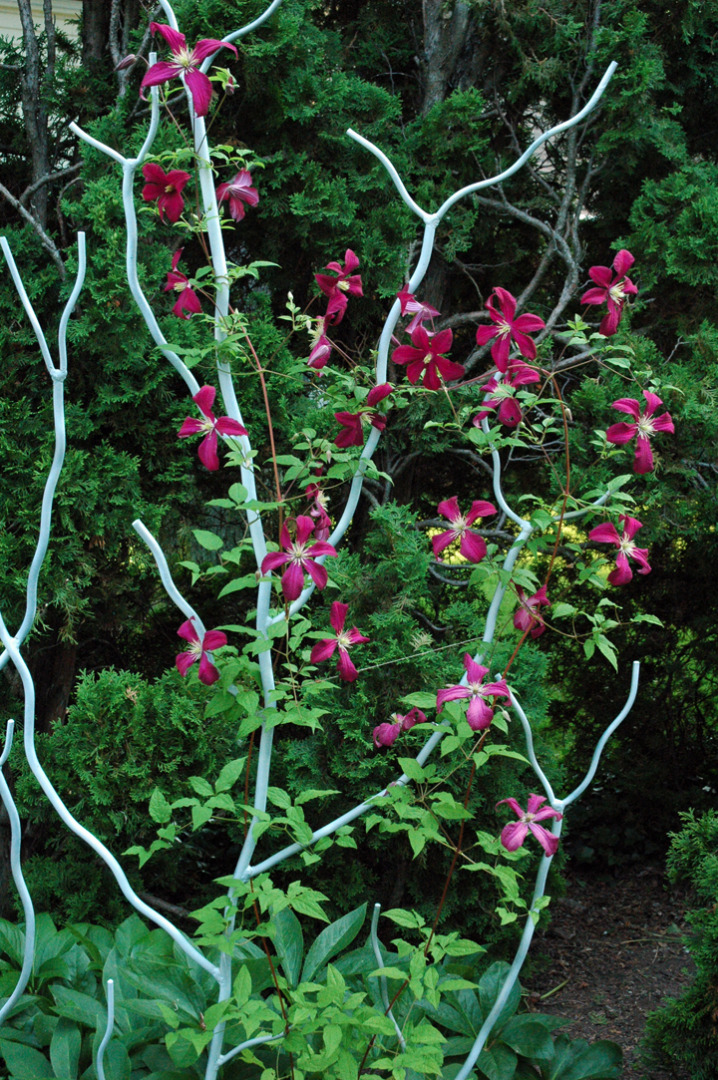 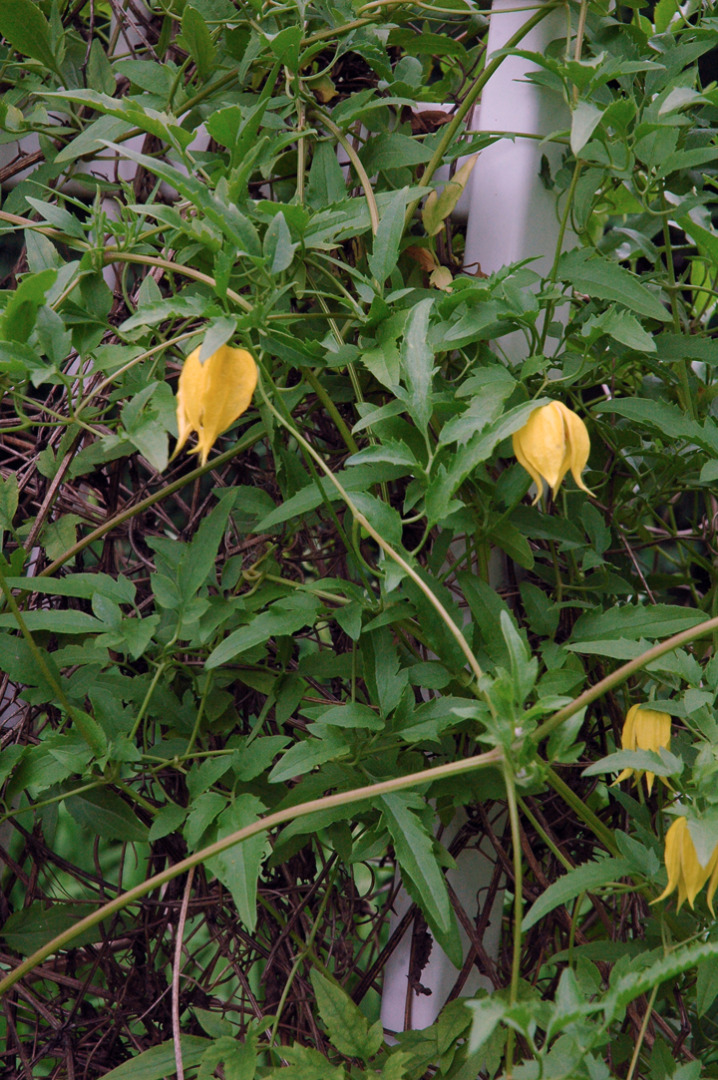