I brought my potted Plumbago and my Duranta repens shrubs in for the winter. They have been under grow lights since September. Both were cut back by a third and have been watered on a regular basis, but not fertilized. Both are now blooming but they don't look so hot. The Plumbago has a dry shriveling leaf problem. Not all, but many of the leaves are drying and browning and I can't seem to get the watering right to battle this. The Duranta is doing the opposite. Its leaves are yellowing, then dropping. 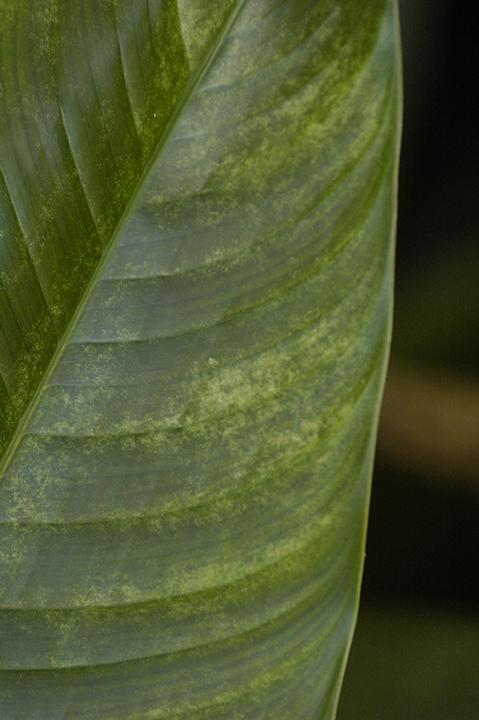 You're right to focus on care as a cure. Incorrect amounts of light, water and fertilizer cause more plant problems than any disease or insect.

The plumbago may be too cold at its roots and be receiving insufficient light to use the water you're giving it. When roots are too cold or in soil that has more water than air, they die and begin to rot. Chronic root rot can cause leaves to wilt then brown and die, while still attached to the stems. It usually affects oldest leaves first.

Depot the plant or slide it at least part way out of its pot to look for root rot. All root tips should be white or nearly so, and firm like fresh carrots. If the roots are brown and mushy, they're rotting. Trim off any rotted roots and air dry the root ball for a few hours. Then let the plant dry down further between waterings. If possible, increase the light. If the plant is sitting on a cold shelf move it to a warmer surface.

The Duranta may have light problems, too, or need fertilizer. When a plant has too little light or too few nutrients to support its newest growth, it sacrifices its most shaded and oldest leaves. They don't die in place but yellow gradually -- giving up their nutrients to be reused elsewhere -- and drop off cleanly.

We're told not to fertilize houseplants in winter but that doesn't apply when a plant is under lights and growing actively. Apply a dilute fertilizer and watch the response.

You may think your plants are well lit but only an extraordinarily strong grow light will penetrate the center and lowest parts of a large plant. Intensity of light drops off rapidly with distance, so that foliage a few inches from the bulb may receive light ten times more intense than what falls on leaves eight inches away. If you can't increase the light, accept some thinning in the plant's nether region.

Read the leaves to diagnose problems.

When newest leaves yellow first, beginning at their margins and ending with everything pale except the main veins, switch to a fertilizer with micronutrients such as iron.

When oldest leaves yellow first, paling around their edges, then in the middle and dropping off, the plant probably needs more light or more nitrogen. Nitrogen is the first number of the three-digit designation on the fertilizer label.

When oldest leaves yellow first, but wilt before they die and remain hanging on the plant after death, apply remedies as in the letter above for overwatering and root rot.

When tips yellow first and curl under, especially on thin-leaf plants, increase the humidity.

Too much sun causes bleached tan, gray or silvery areas. Cut off affected parts or whole leaves. Keep the plant out of direct sun.

Brown tips indicate watering and fertilizer problems. This "scorch" may extend along leaf margins, too. Inconsistent watering can cause it, in which case newest leaves may be most affected. Too much fertilizer -- all at once or building up gradually in the soil -- can also cause scorch, but tends to be worst on oldest foliage.

Tan, pale yellow or white rings on leaves may be water spots. Keep water from resting on those leaves. Never add cold water to that pot.

Brown or corky pock marks on leaves are oedema. It's common on some plants, especially those with thick leaves, when light drops off drastically soon after the plant is watered. Avoid watering that plant when gray skies are predicted.

Leaves or flower buds drop off:

If it begins with the lowest leaves, give the plant more light.

If leaves drop while still green or buds drop unopened, shock is a likelihood. Changes in light or temperature, or being transplanted can bring this on. Plants near drafty windows are at risk in winter.

Leaves that are sticky, seem dirty, are flecked white, have brown flattened marks that pop when pressed, white fuzz or fuzzy bumps are beset by insects. Clean the plant well, then consult a pest control book.

to heirloom plants in a family, like K.K.'s 30-year-old grapefruit tree, still flowerless but ripe with story. Generations are tied together by tales of such plants grown from seed, stolen as cuttings, lugged cross country or passed from hand to hand.

to forcing plants on a non-gardener. We may wish for offspring to share our passion but should wait for that seed to germinate in its own time. When tempted to saddle the unwilling with greenery, send good wishes with cut flowers instead!