Dear Janet & Steven,
When I went to Egypt with my dad I saw some gardens I thought were really nice. I hope you like them, too.

Right: Here I am with my Aunt Alia and cousin Jannah at a palace in Alexandria. It was built by a king of Egypt more than 100 years ago as a place to go in summer that wasn't as hot as Cairo. That king's family was the last to rule in Egypt. They have a president now. The palace has like 360 rooms and it was just for the king and his wife!

Below: I thought its garden was the coolest.

You can see more about this palace and gardens if you look up Montazah Palace Gardens. It's supposed to be one of the most beautiful places in the world. 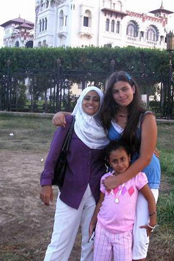 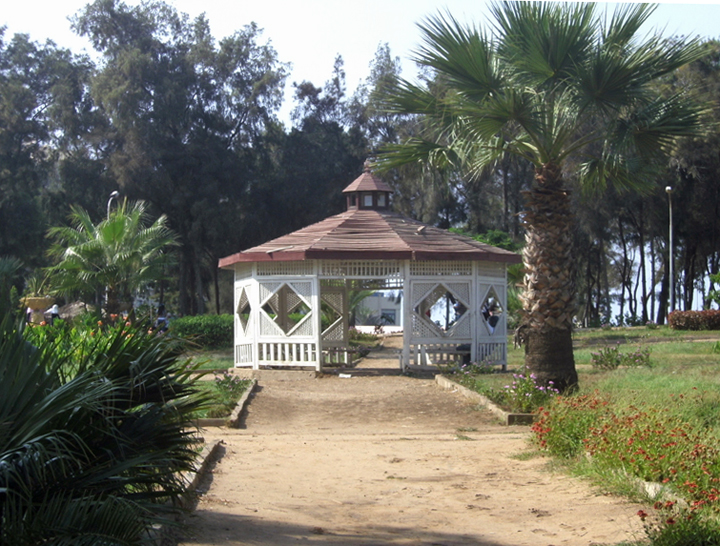 Below: This picture is the yard of a house where we stayed on the Mediterranean near Alexandria. I couldn't swim at the Mediterranean beach.  The sand is beautiful and white but you're not allowed to swim because there are so many rocks and the waves are so violent. I think this is an awesome picture, I took it because the sunset was so pretty but then I saw it also has landscape and garden stuff like you and my mom like so much. 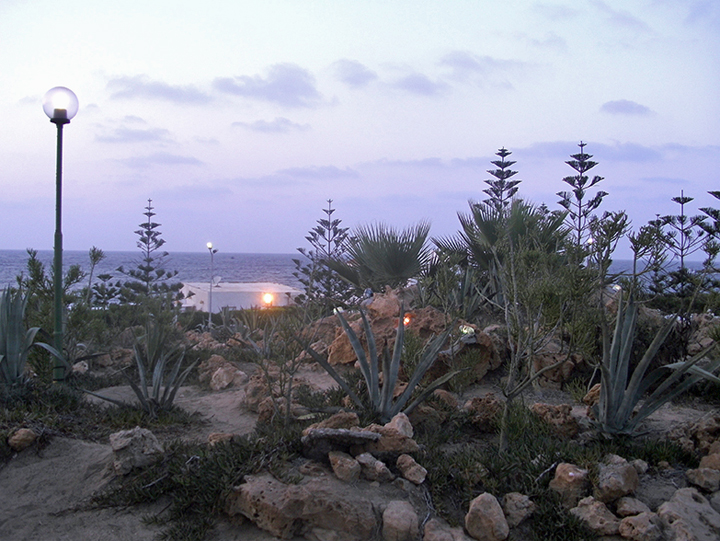 I have lots more pictures that I'll show you when I see you.  - Love, Aria -

Aria Sergany has gardened with Janet and with her mom since she first learned to walk. She's now a high school student in Wakefield, Massachusetts. We're tickled to hear, as she begins to travel the world, that a lifetime of greenery has given her Gardener's Eyes.

Such fun to see gardens from different regions! Just look at those aloes in the Mediterranean beach garden! And we will be looking into the identity of those pines with whorled limbs so beautifully, symmetrically arrayed.

The best part of seeing these pictures is that when we look we hear our niece's simple, spot-on summary of the difference she recognized between gardeners at. home and in Egypt. She said, "I know you'll ask if I saw anyone gardening, and there were. And you'll ask about their tools and stuff... they used pretty much the same things we do. Mostly all I saw them actually doing was watering."

All they did all day was water the gardens because of the sun.

Traveling? Know someone who is? Email us and let's share your discoveries!