On my trip out East I visited many wonderful gardens, public and private, and they all thrill and amaze me. But there is something different about my feelings when visiting Arnold Arboretum in the Boston area. It is one of my 'temples', a place of  beauty, memories of other visits (like the time in 1993? Janet and I rode bikes around the Arb with Dr. Michael Dirr trying to convince him  to come to Michigan in the winter to give a talk. He declined but it was worth trip and gave us some lifelong memories of a time spent with a lengend in his own time or when watching, with some trepadation, as our children roller bladed down a hill at what we considered a somewhat unsafe speed), and a since of reverance.

Arnold Arboretum is the oldest public arboretum in North America. It's part of Boston's "Emerald Necklace", a chain of parks that was designed Fredrick Law Olmstead. Olmstead, a designer of parks for the people (Central Park in NYC, for instance), believed that beautiful landscapes provide moral and spiritual sustenance. At that time the director of The Arnold was Charles Sprague Sargent, who was devoted to the scientific study of trees. Olmstead and Sargent worked together in 1872 to combine their  separate visions on a 265 acre farm in the Jamica Plains area of Boston. The park they created is open to the public year around and its collection of living trees, shrubs, and woody vines is recognized as one of the most comprehensive and best documented of its kind in the world. 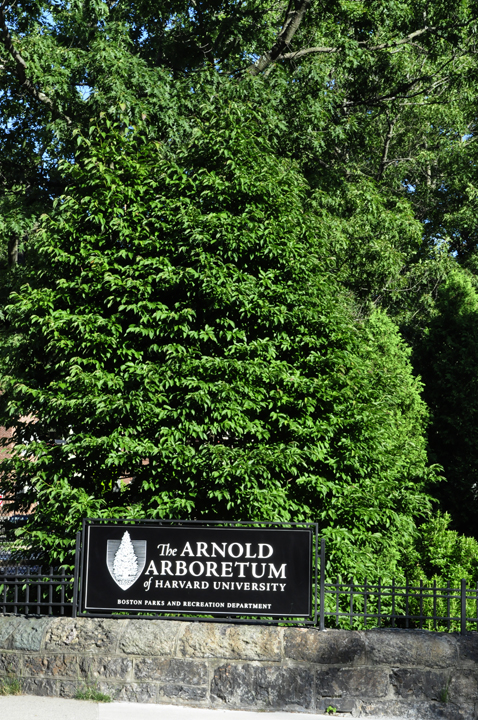 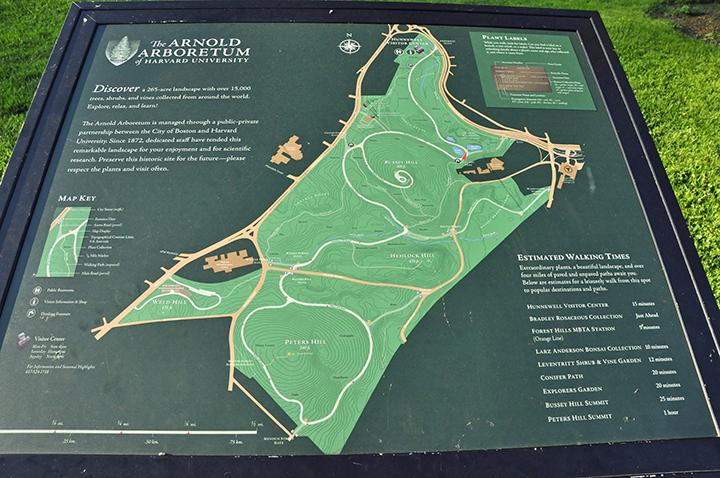 I arrived at The Arnold at 6 pm, time enough for a quick walk through. The hardest decision I had is where to go. Should I go look at some of the plant collections like the Leventritt Shrub & Vine Garden to see how it's grown? 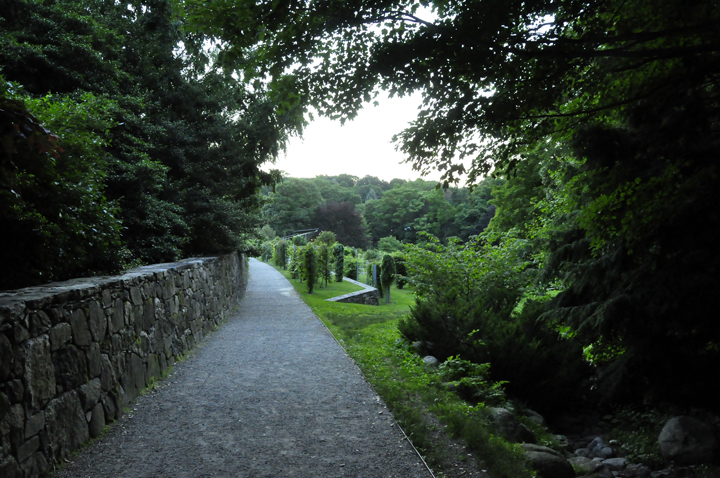 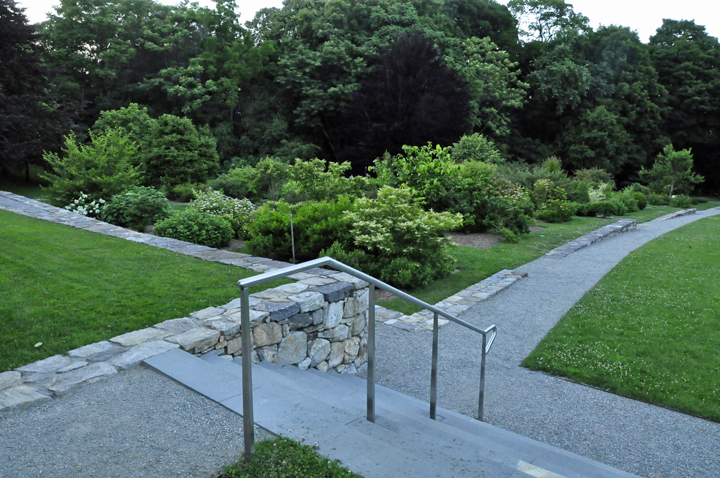 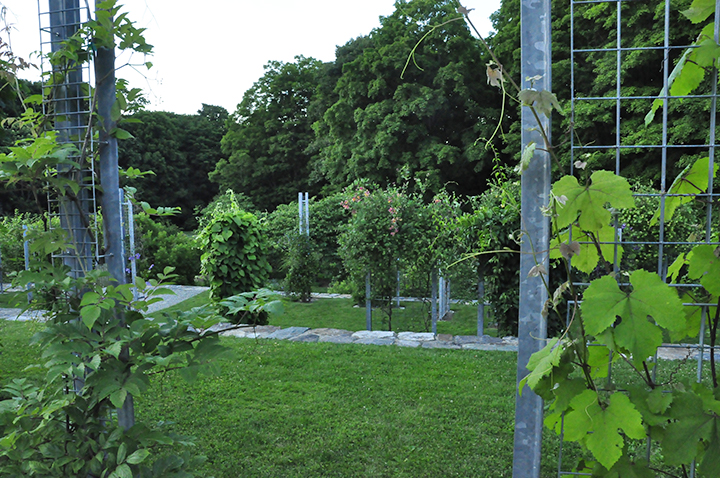 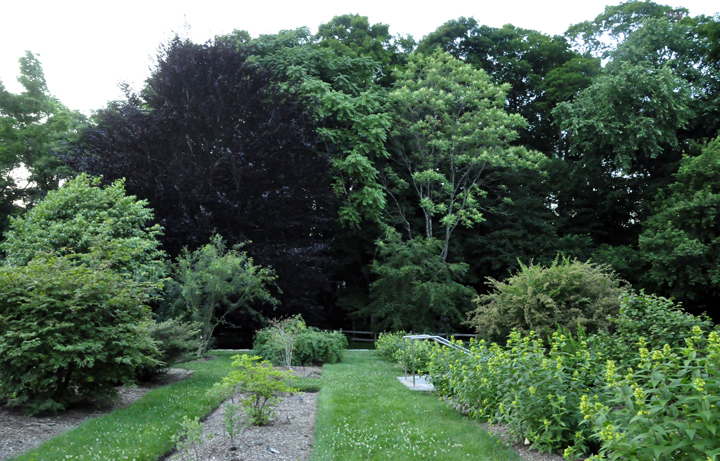 The thing is once I get into a collections like this I want to take a picture of every plant there. The good thing about an arboretum like The Arnold is that all of the plants have a tag. I've found three major type of tags at Arnold. One of the types is large, black with white letters, on trunks of prominent trees. 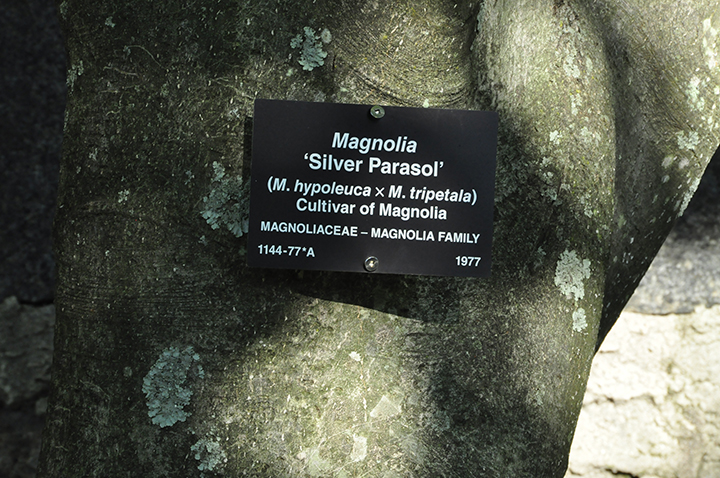 Another is a coppery color anodized aluminum tag that is on every cataloged plant in the arboretum. This tag has a lot of information on it that looks complicated but is really simple. 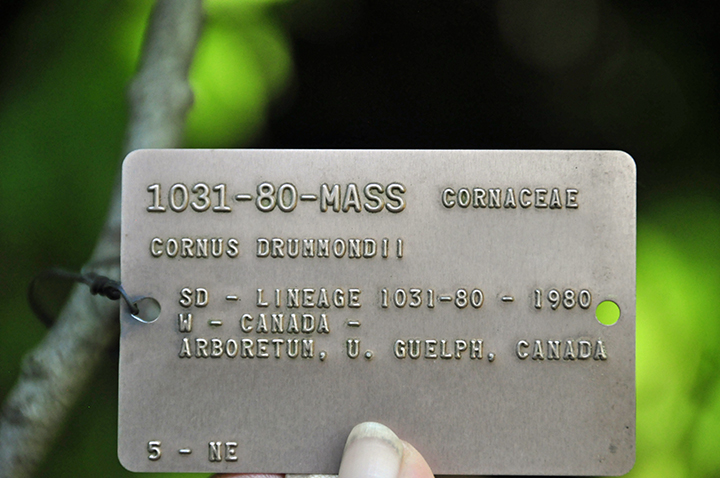 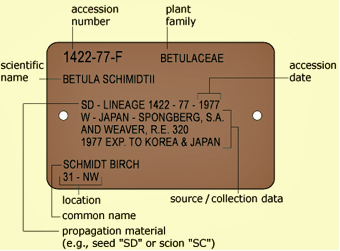 Here is more information on this tag.

For you modern up to date smart phone users there are now tags for you. 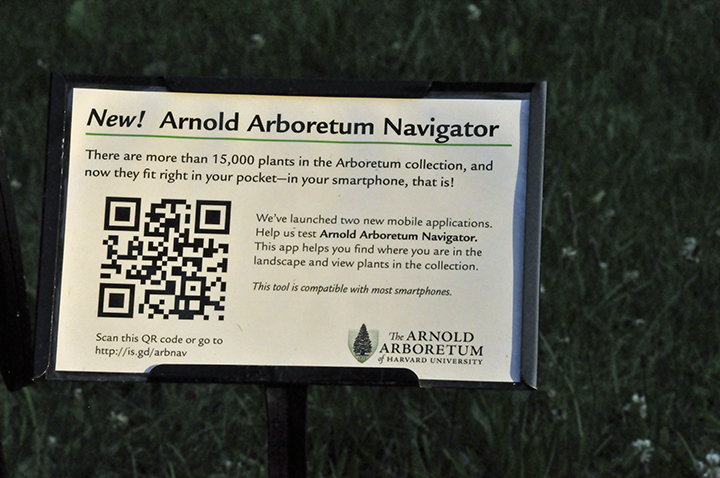 However, I didn't have the time or the light to cover the vine collection. In addition, the trees were calling for me to walk among them. The loudest of the trees calling were the beeches; the grand, wonderful beeches. I've learned over the last few years not to ignore the trees (Thanks, Dan Kurkowski. I hear them and you!). On the way I was in total awe of the trees. 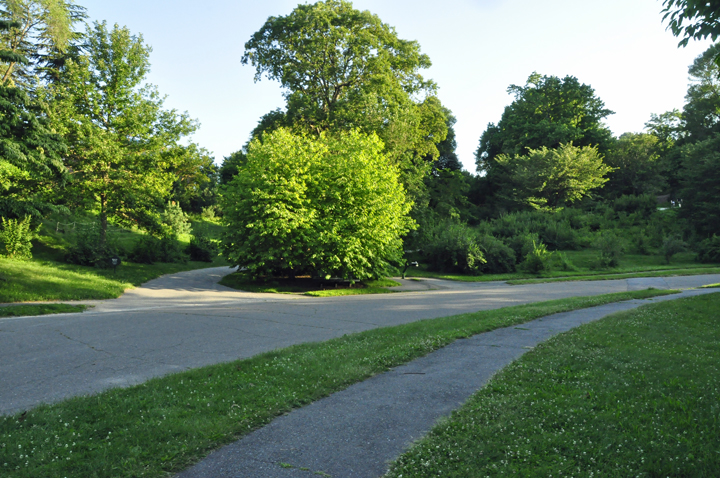 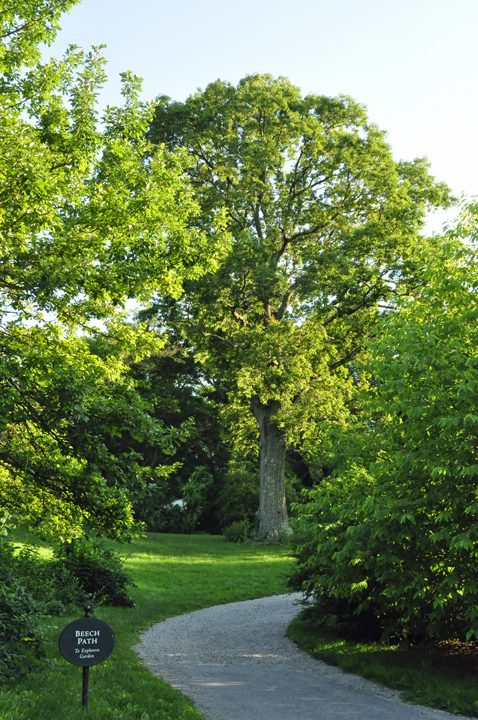 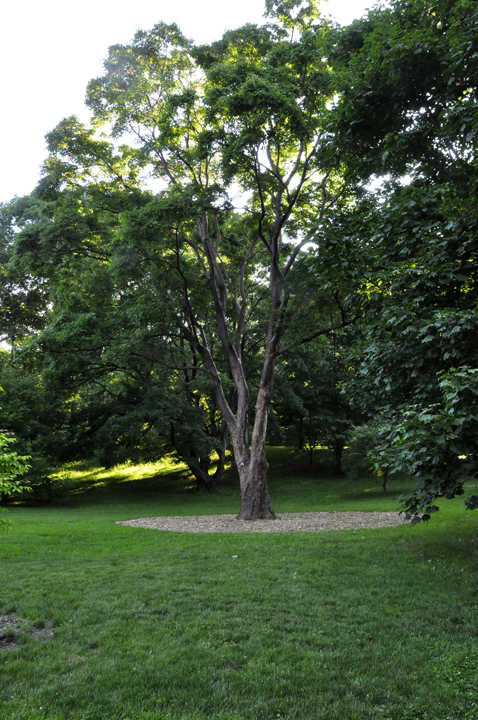 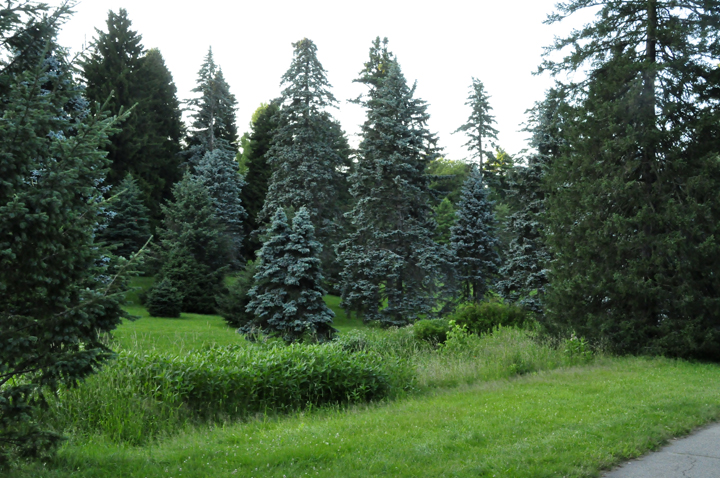 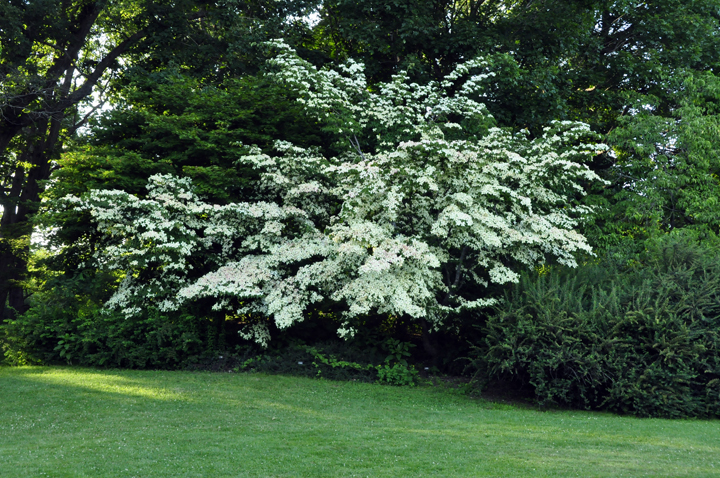 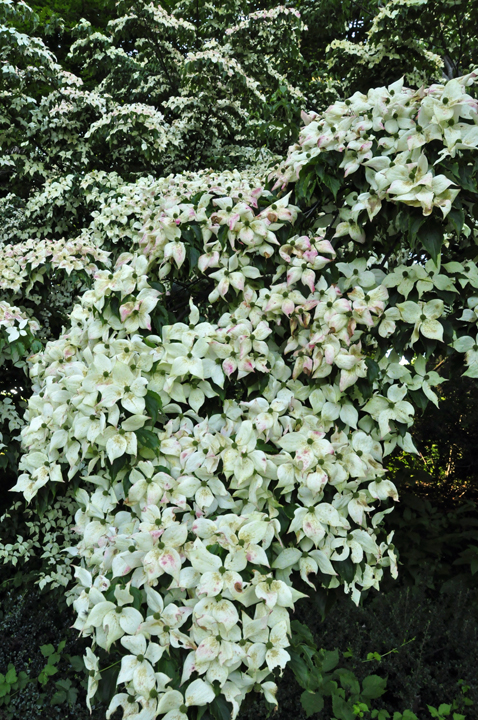 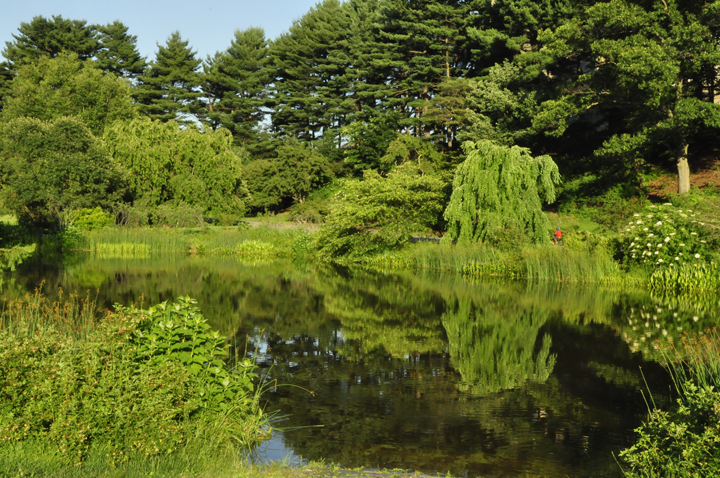 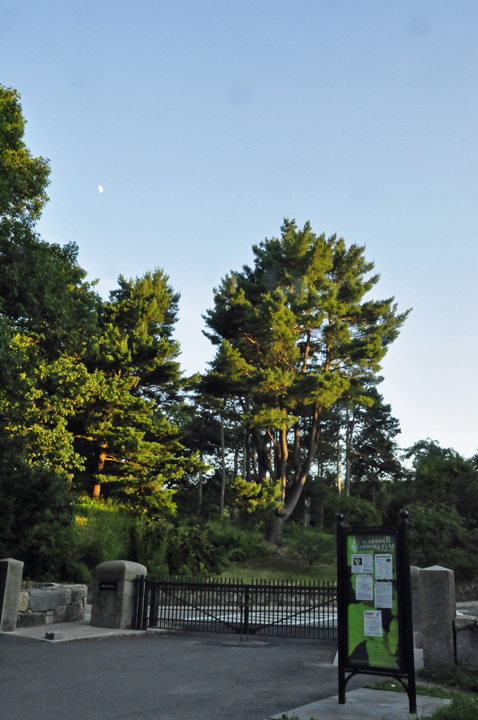 pine, and then the beeches. 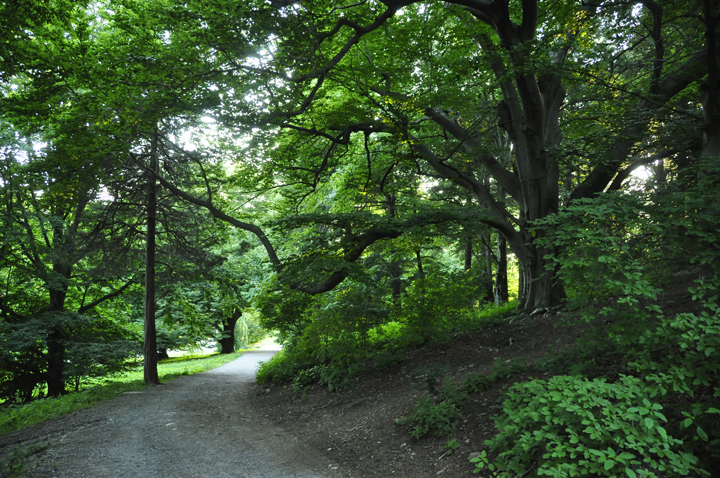 This is a mature grove of American beeches and European beech cultivars. Walking underneath them and seeing their size, branching and trunks is an experience that affects us all in different ways. I have a sense of age, wisdom, regality and reverance. 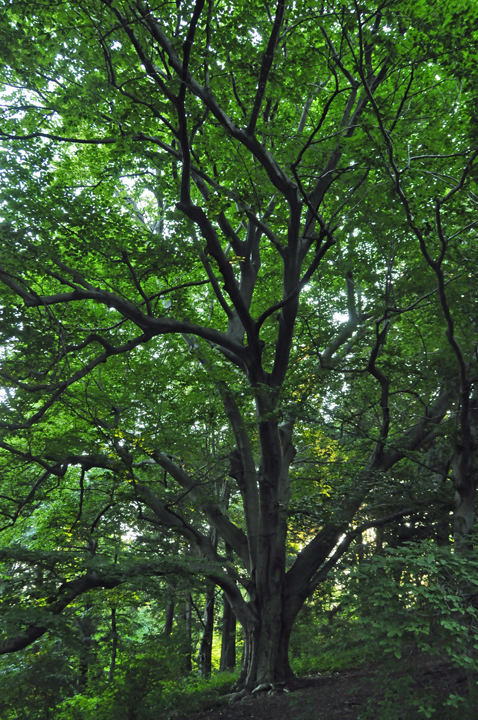 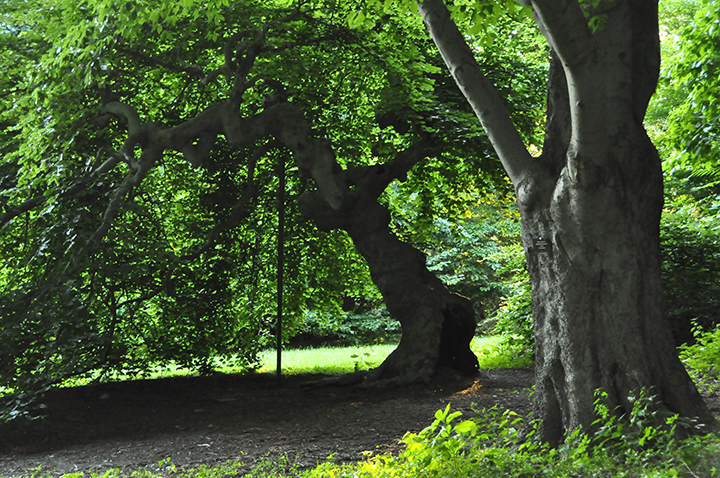 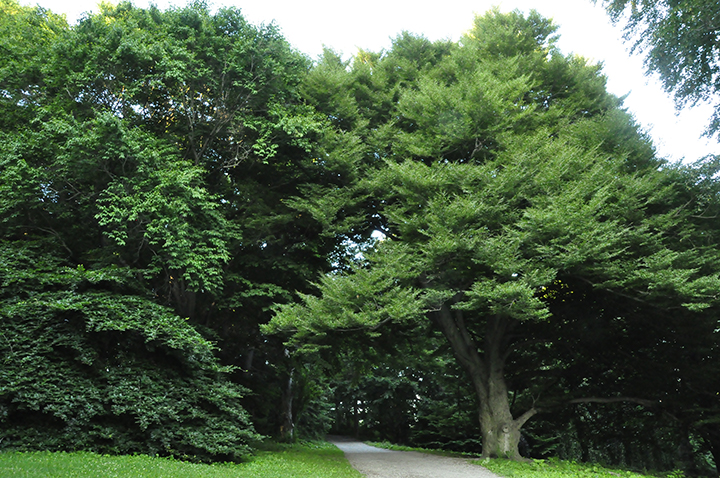 Time to start heading back and out it's getting late and the light is fading fast. On the way are more trees that inspire. 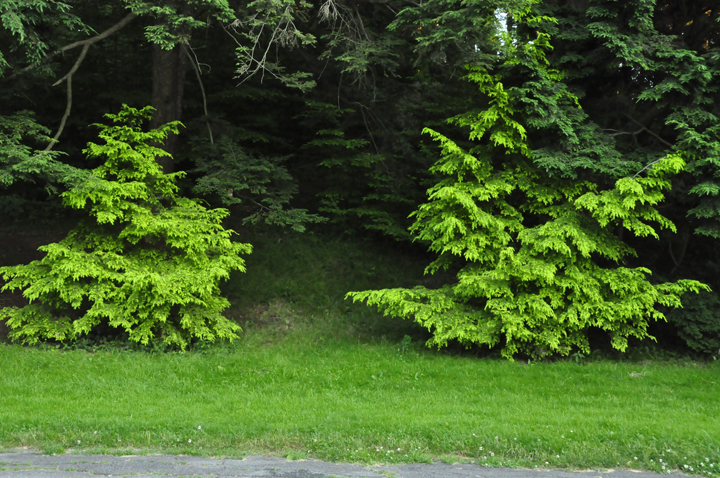 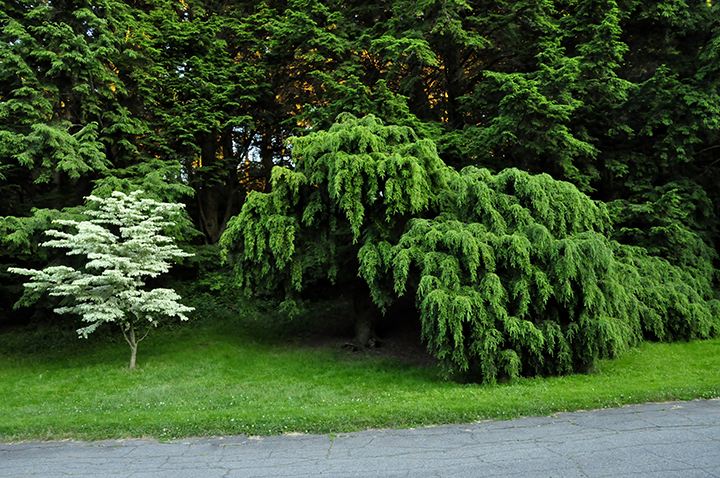 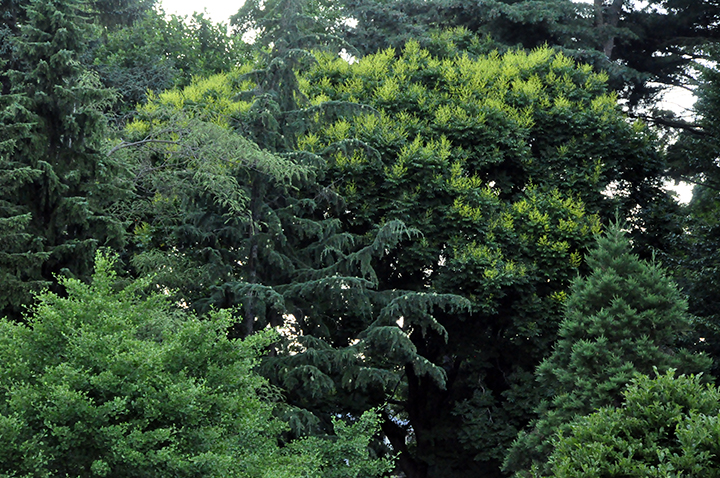 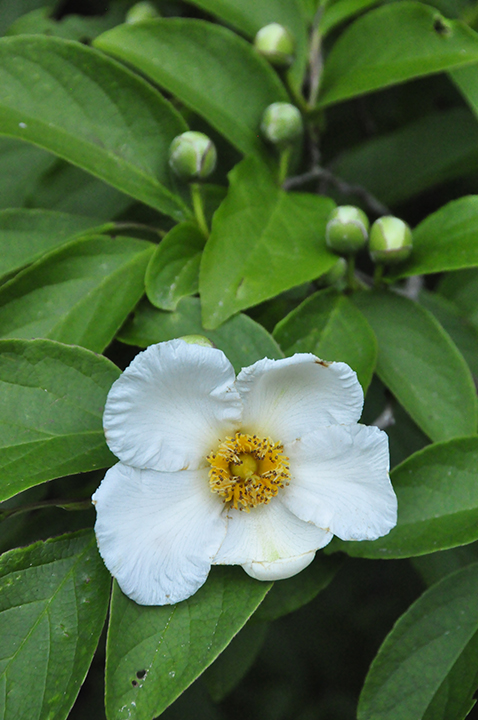 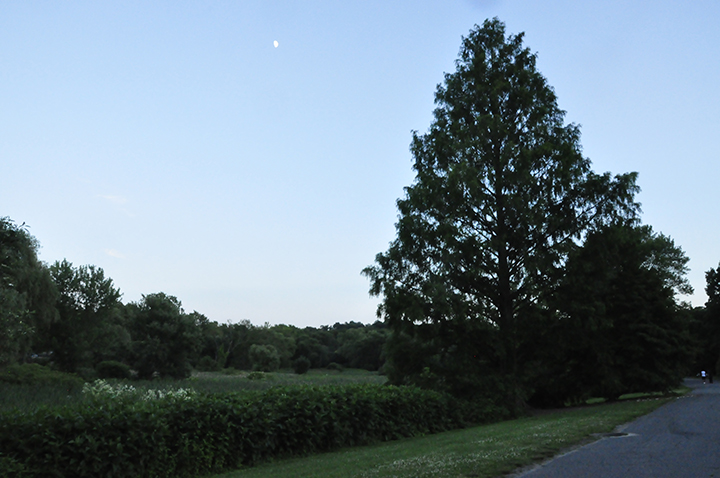 As the moon rose and the sun set I reached the main gate area bid adieu to one of the truly wonderful places to see and experience. I'll be back!