Sometimes  you see kids hanging around in the garden, staring into space. You might wonder what they are thinking. We did! So we asked  some of our reporters.

The Worst Day Ever

Once upon a time, there was a bird that turned into a human. But only at night. The girl/bird was a princess that lives in a tiny village called Birdmania. All the people who lived there were half-human, half-bird. The princess' name was Birdtreanna and her sister's name was Carybird.

One day her Grandbird left out of town to go work on a friend's garden. She left Birdtreanna in charge. "Birdtreanna," Grandbird said, "don't eat all the roseberry seeds."

Grandbird said, "Birdtreanna, you have to grow roseberry seeds this whole summer."

Birdtreanna had to grow the roseberry seeds all that summer. 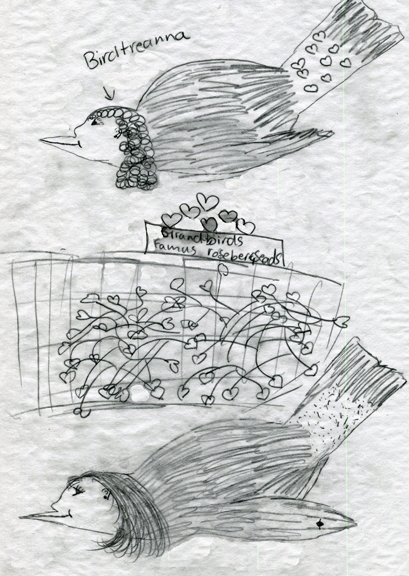