Our youngest reporter is just one year old but is already expressing definite opinions about the garden, the yard and the things living out there. Until our granddaughter Elizabeth starts writing her own articles we're recording what she has to say.

While working on herbs recently we enlisted Elizabeth to help as we filled the 24 bottles in a new spice rack. We thought to capture her reactions to the varied smells and so develop ideas for the plantings she'll be in touch with this year. 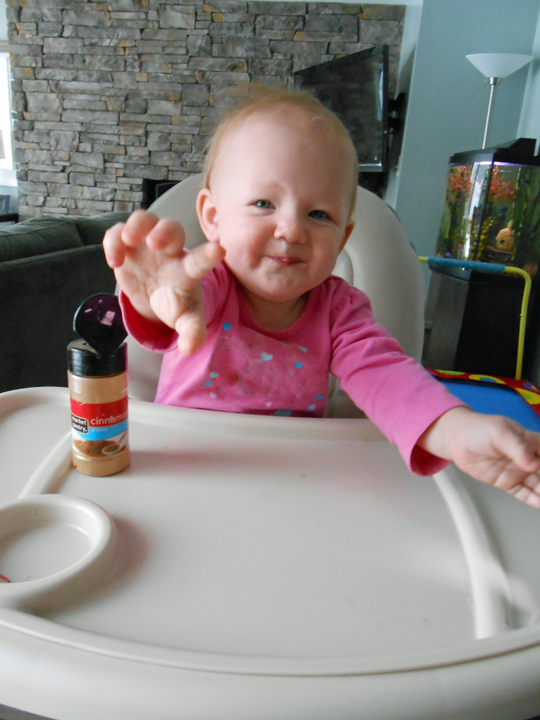 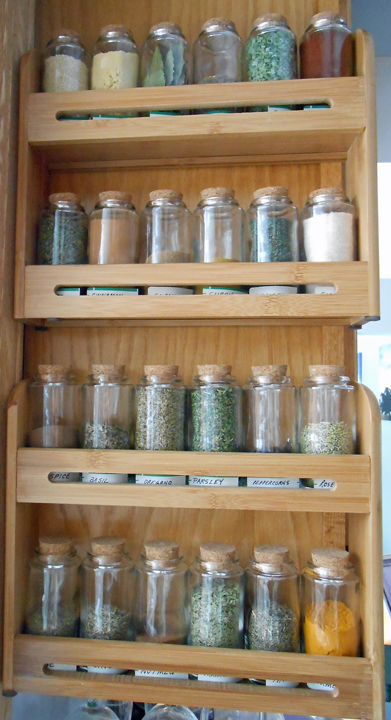 Canned goods, pots and pans, plastic containers and pot holders have always been on the play list for our family's kids. We''ll now be introducing them to the spice rack, too.

We handed her each bottle or tin after we'd poured (most of) its contents out into the new jar.

She smelled, felt and tasted her way through 20 seasonings. (We held back only the collection's potential eye burners, such as chili.) 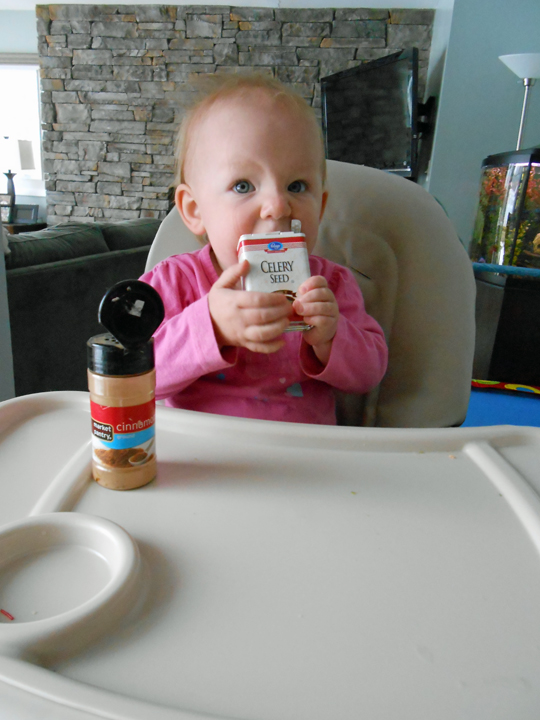 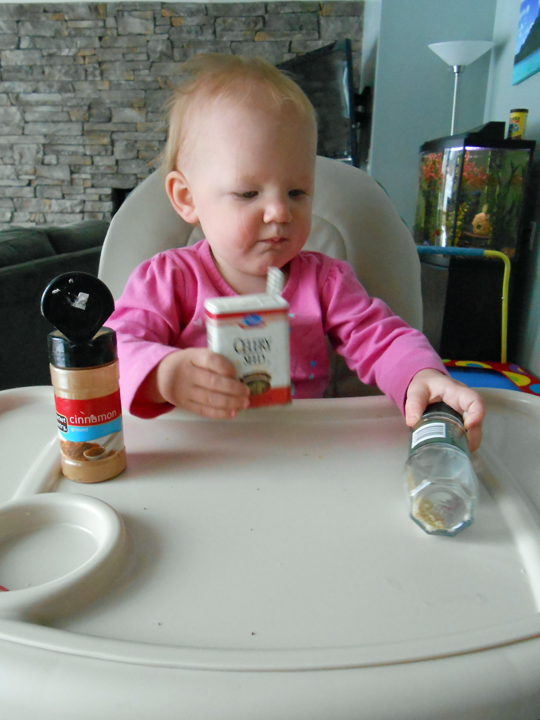 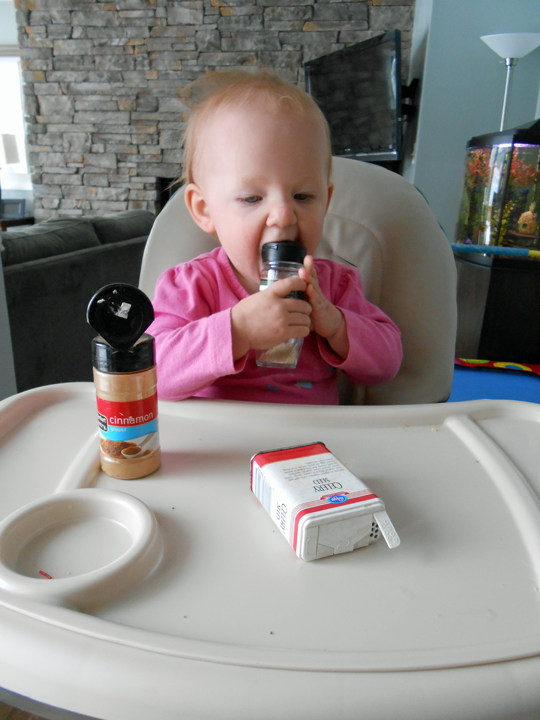 Her most common reaction? "Mmm. Give me another", followed by the clunk of a dropped container.

Only two containers were not tossed but kept at hand to be sniffed, tasted and rattled again: Cinnamon and celery seed. The cinnamon's smell obviously pleased her, and although she was as clearly taken aback by the taste, she wouldn't part with it. Celery seed, preferred over rosemary, sage, oregano...? Who'd-a guessed it?

Conclusion: Remember to let kids try it out for themselves. 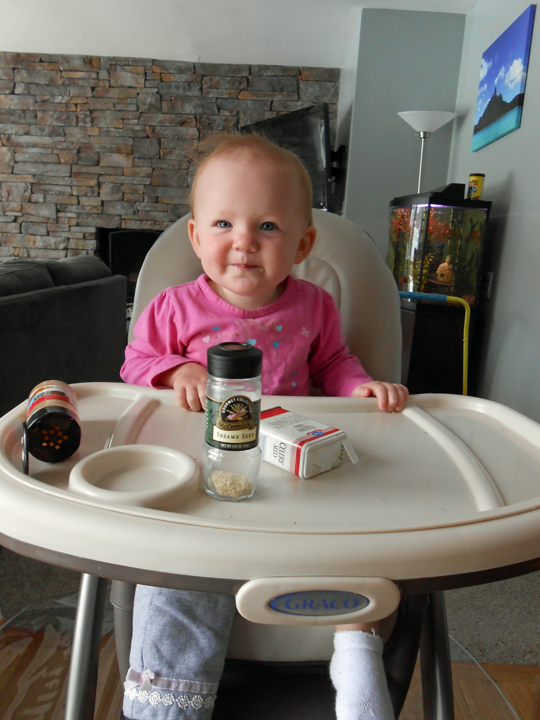 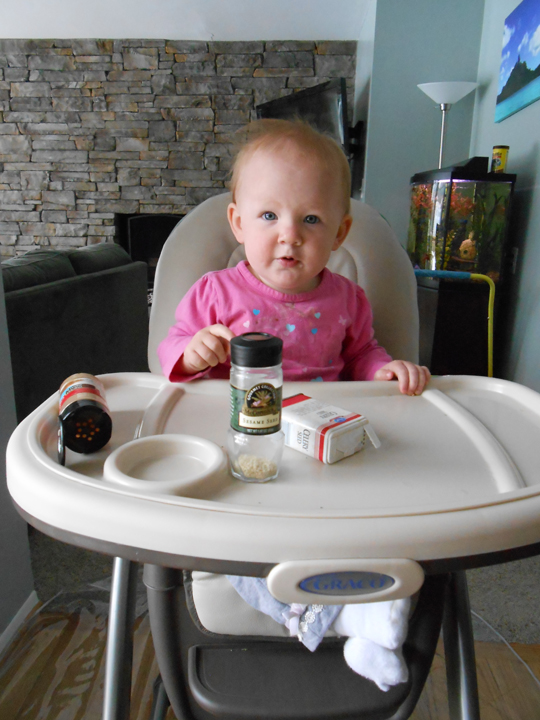 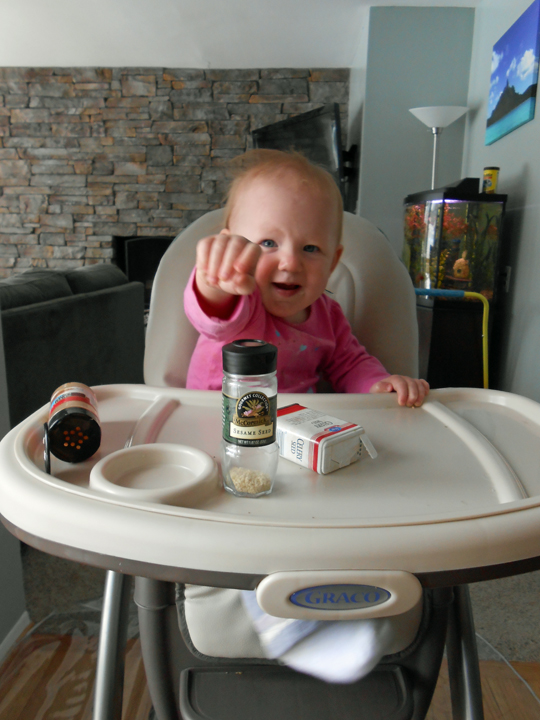 An extra: The floor around her chair developed into an interesting side show. It looked, smelled and felt as the floor of a medieval manor must have done, covered with its mud buffering, scent masking strewing herbs. Very pleasant! This summer, we may follow that old custom and strew some of her favorites on the ground in the sheltered area under her swingset fort. 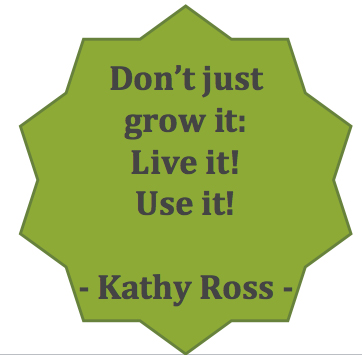 You, too, can Sponsor a topic of your choice.
Please do. You help us help others grow!

Click here to read more of our Sponsor-recommended topics.