Thaw's the time to manage that Magnolia

I have a friend with an overgrown Magnolia, probably 30 years old. When should you prune it, in December, or in January or just after it blooms? - L. W. -

We prune Magnolias in a winter thaw or early August. If it has to be cut back major-ly and it's vital that it not lose much bloom, then we do it right after it blooms. If we're going to be cutting it regularly to keep it smaller than its potential, August is our first choice. Whenever we cut, we want things to be DRY that day and for a day after. There's a canker that plagues Magnolia -- a fungal infection of the branches. The fungus prospers on moist surfaces so it's not good to prune when the cuts will remain wet for long periods.

Below: Pink or white Magnolias are better known than the yellows. Magnolia 'Elizabeth' (below) blooms later than the pink saucer magnolia, so it is less often touched by frost. 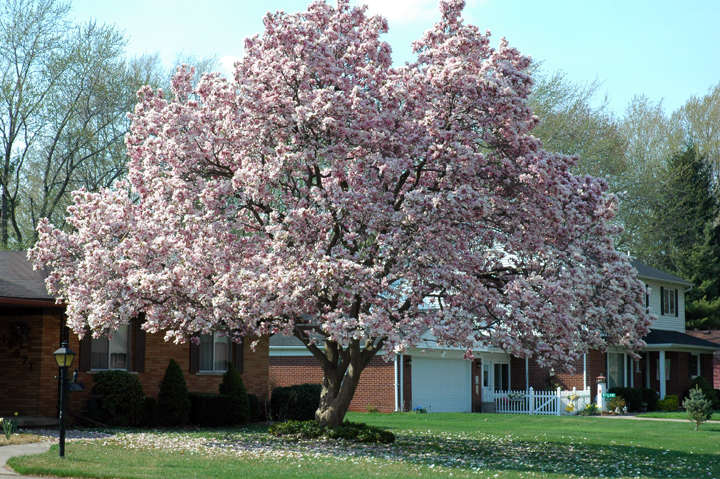 Few things are so pretty in bloom as a saucer magnolia (Magnolia x soulangiana). Few are so venerable, either. One of the most ancient flowering plant species, they have changed little over their 100 million year reign -- they must be doing something right! They have been cultivated in gardens for at least 1,400 years. Age and beauty might even be said to go hand in hand in this species: According to the New Royal Horticultural Society Dictionary of Gardening, "most magnolias become increasingly floriferous with age." 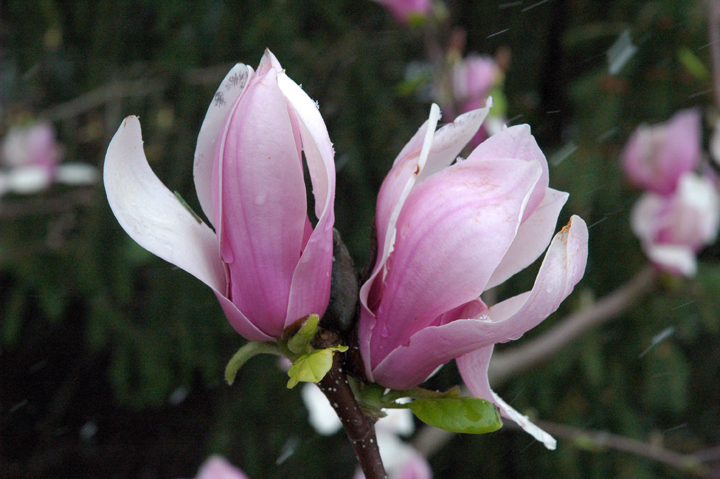 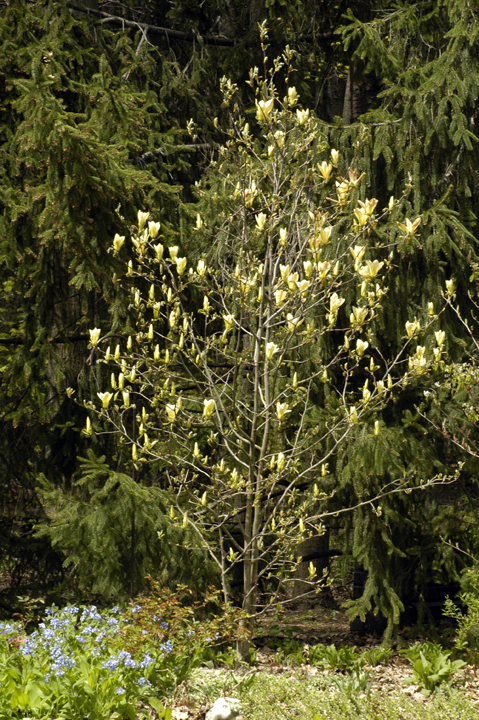 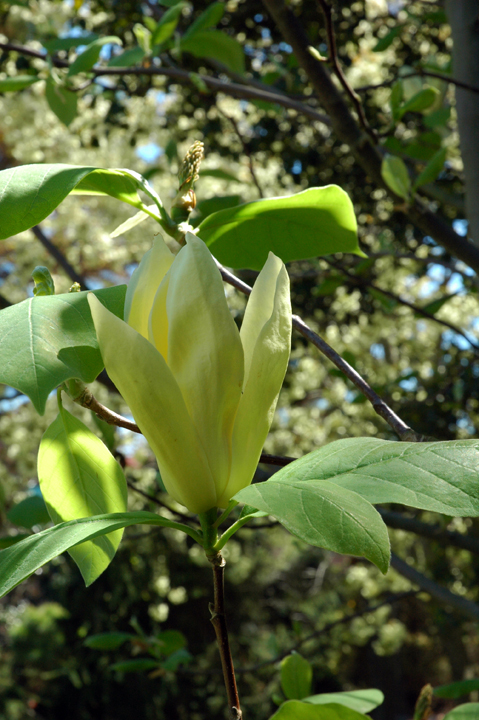 The pink saucer magnolias (M. soulangiana) and these hybrid yellow-blooming varieties bloom early in spring. So cuts made in winter might reduce their bloom by the number of flower buds removed in the clippings.
Magnolias that bloom later in summer, or which bloom sporadically throughout summer may have enough time between spring and bloom time to develop some flower buds on new wood. One example is sweetbay magnolia (M. virginiana, below). 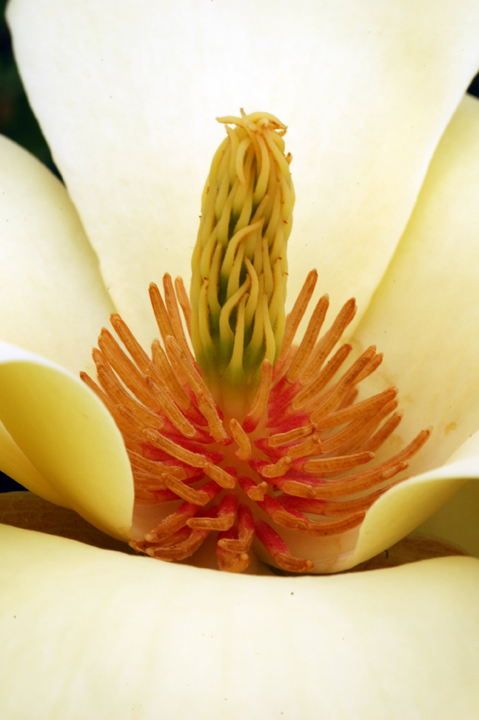