Cut flowers to get more flowers...

...or at least a neater plant!

Janet the child once asked a neighbor, "May I cut some flowers from your garden?" She was actually acting on a dare, and expected a cranky, "No, certainly not!"

Instead, Irene Grossman said, "Sure honey! Let me show you how."

Overwhelmed as they moved along the border and her bucket became very full, Janet said, "Oh I can't take all of those!"

Irene said, "Oh, but you can. The more flowers I cut, the more I get. And," she said, using her scissors to make one particularly mighty cut, "sometimes I chop them right back to start over. Even if they don't bloom again, at least they come back neater!"

What we see at a young age, sticks.

So we're bold in cutting back, and are glad to show you what happens next. 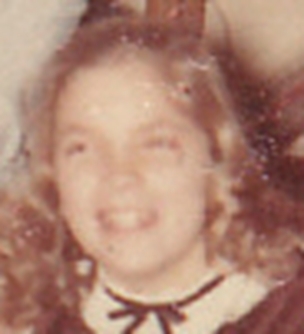 Often on neighbors' "watch lists" for willfulness and rough-housing, Janet didn't expect Mrs. Grossman to let her cut the flowers Cecily dared her to obtain...

So we show it to you now in Geranium hybrids, perennial Salvia, and others.

We should have cut these plants back three weeks ago but the owner said, "Oh, don't they're so pretty." Just like a perennial geranium, to be past bloom and really not pretty anymore, but able to woo a viewer! 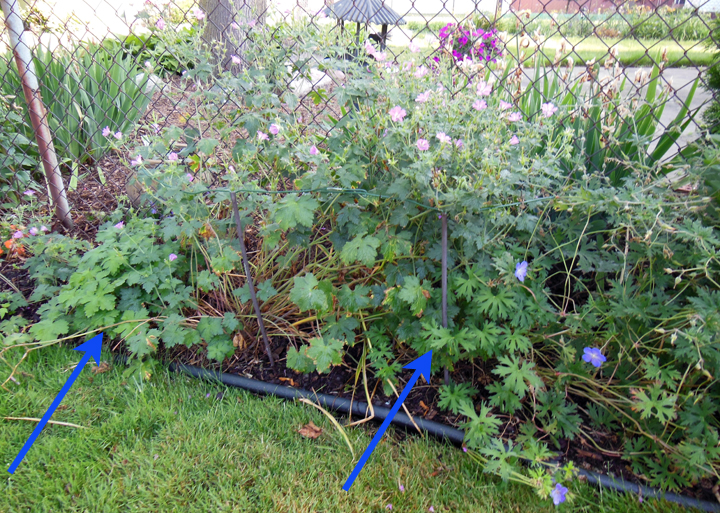 We tried to obey but we did make a couple of sneaky cuts where we thought they wouldn't be noticed. See the new foliage coming there now? 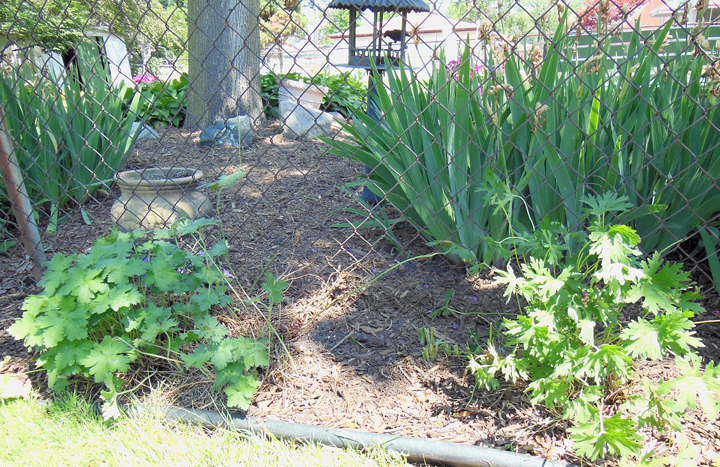 Today, we cut all the rest back. See what we mean by "We cut it all the way to the ground?" 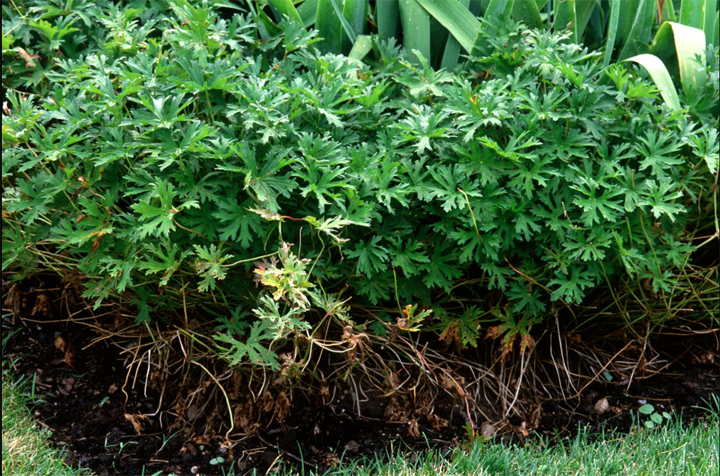 That new foliage will come, no matter what. See the new grown above the old in this August 1 photo? We find it simpler to make one clean cut. If we let the plant grow and leave the blooming stems to the bitter end we must sort out new from old as we cut. Tedious!

Note to the gardener who recently reported to us that she's looked for this kind of advice but hasn't found it in books: It's in our books and you will find it in others. You'll have to look hard enough, because it's not the prettiest thing to feature in a photo. Publishers decide which photos to publish, and they know that pretty photos are what sell books."

It bloomed and now it's flopped open. It's such a willing performer, it will grow new blooming stems even without cutting. See - they're starting already. 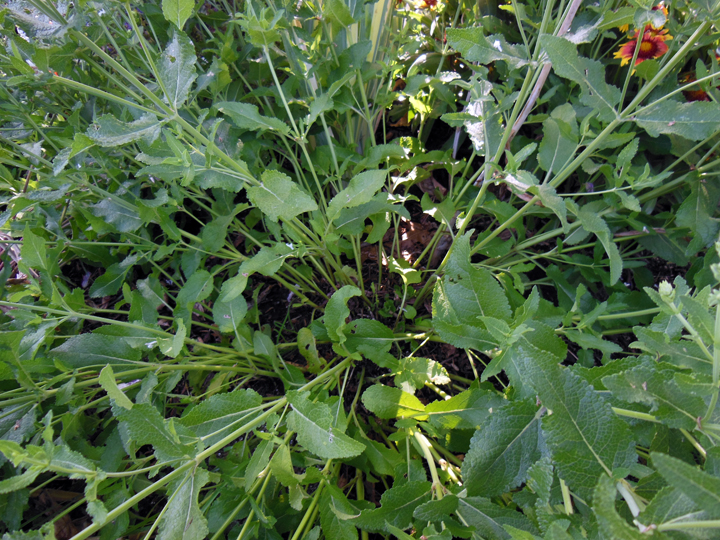 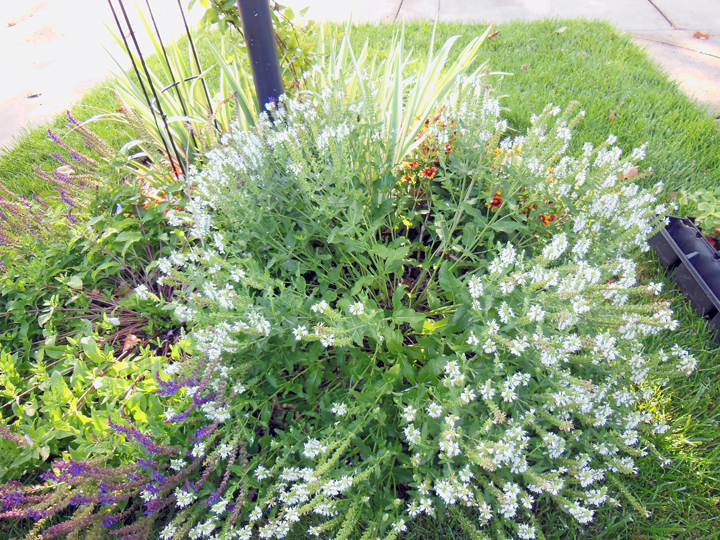 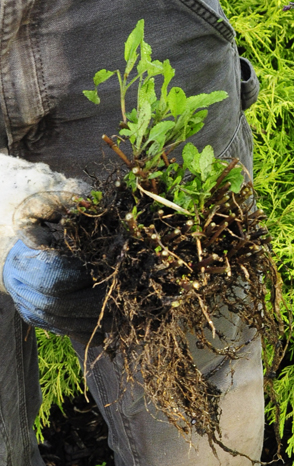 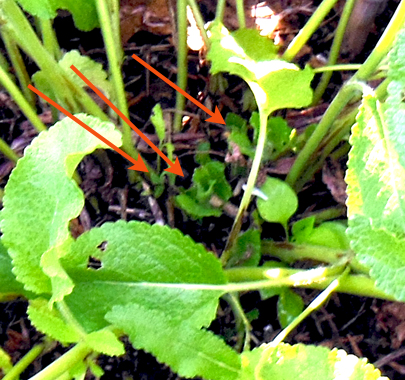 Once we cut it back there will be just these few little shoots but they very quickly grow back.

See these pots of Salvia superba at the garden center? Just about spent. The staff will take them to the back, chop them to nothing, keep them watered, and set them back out for a second chance at adoption once they've filled back in and resumed blooming.

In back issues we show and list many others you can treat this way: Columbine, perennial bachelor button, coreopsis... 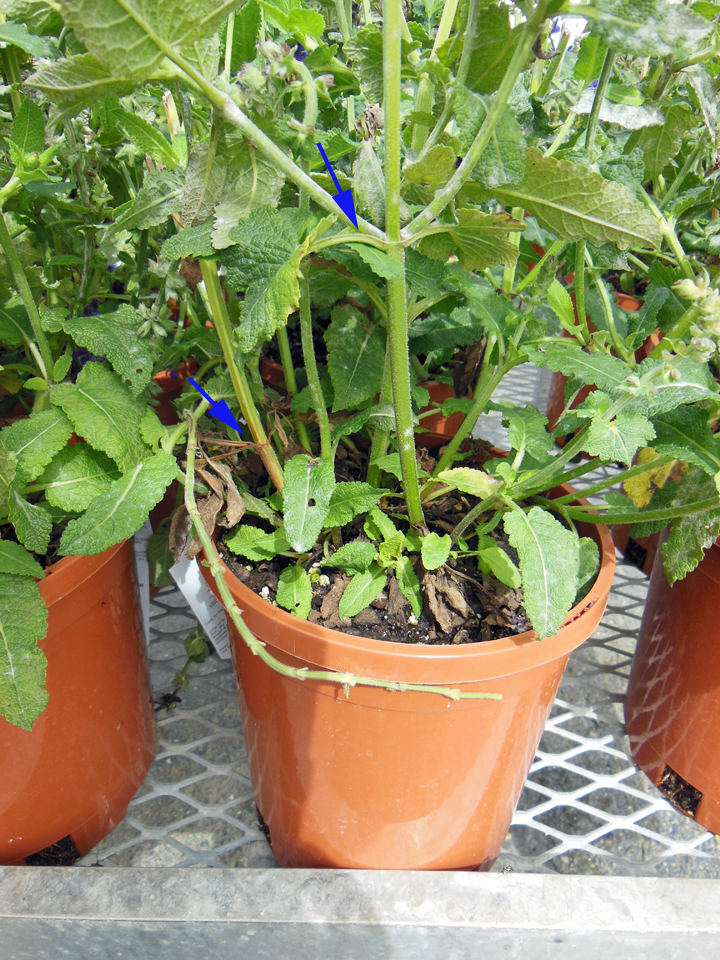 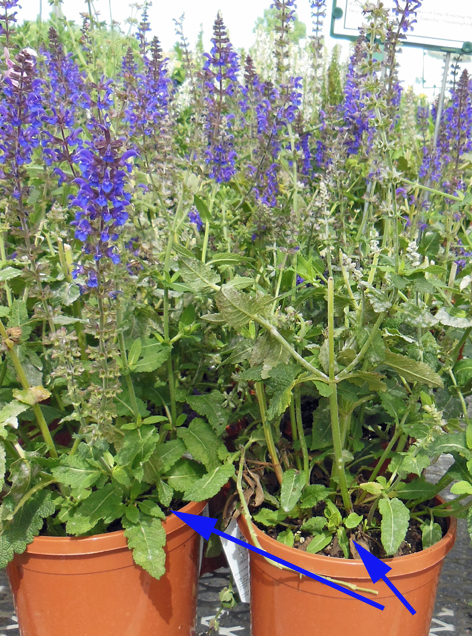 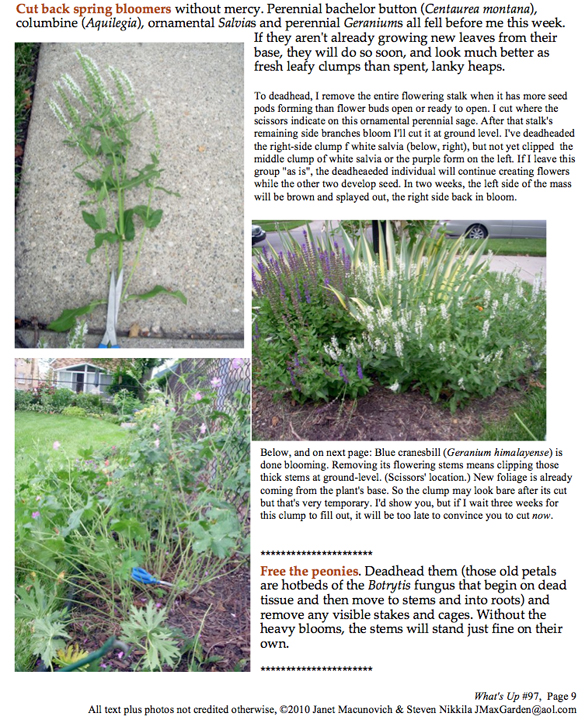 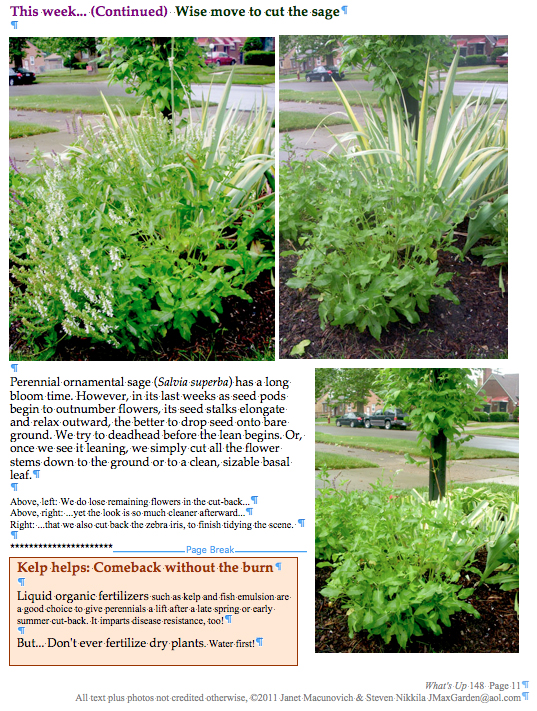