Here's an eloquent story with a powerful message:

In its telling, advice comes not in quotes but actions. Notice the carrot storage method as well as how example and outcome speak louder than any words when it comes to a fertilizer recommendation.

There is a lady who kind of inspired me in the realm of vegetable gardening - Margaret B. of Chehalis, WA. At the age of 79 she was still growing vegetables to sell from her one-acre garden, had two milk-cows, one sheep, a few chickens. When she was 13 she and her brother began to grow vegetables as their father was gone and their mother was too ill to work and there was the mortgage on the farm. They paid off the mortgage and Maggie continued to garden and live on the farm until she moved to town in her early 80s.

Maggie grew approximately 4,000 lbs. of pole (green) beans every year to sell at Fuller's Market, along with carrots, beets, squash, strawberries, plums, chard, and I don't remember everything else. One year we purchased 200 lbs. of the sweetest carrots to store in straw in our pump house for the winter. 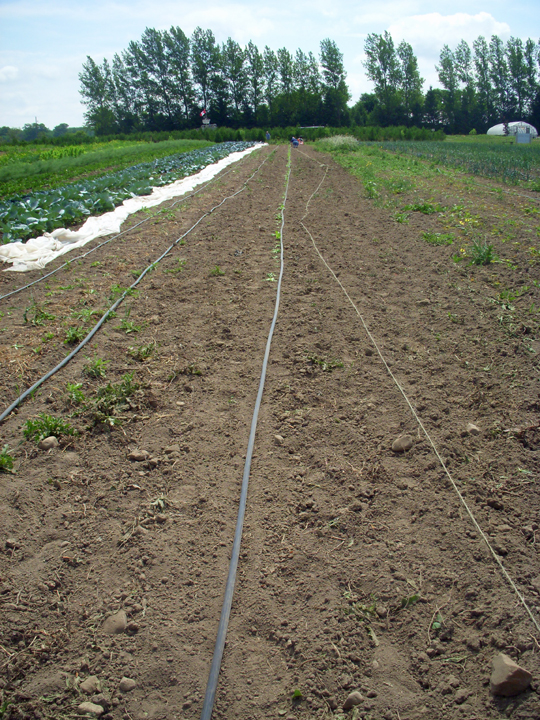 When the row seems endless, maybe it is. And maybe that's wonderful. Maybe the whole point is to just keep going back out there. Below: That's not Maggie B. out in the potato rows, pulling mustard weeds. It's Pam Palechek, who was mentored by gardeners like Maggie B and mentors others in her turn now.

She finally sold the farm and moved into town and her entire backyard (in town) became another garden. She continued selling green beans and other vegetables and when she was in her early and mid-eighties picked 3,000 lbs of beans. She's now in a nursing home and I cannot see her as I live in Michigan, but she was a sweetheart. I know she had a load of manure put on her garden each year and I don't think she used anything but a hand-cultivator (the kind with a wheel) - no pesticides, etc.

Thanks again for a great newsletter. - C.C. - 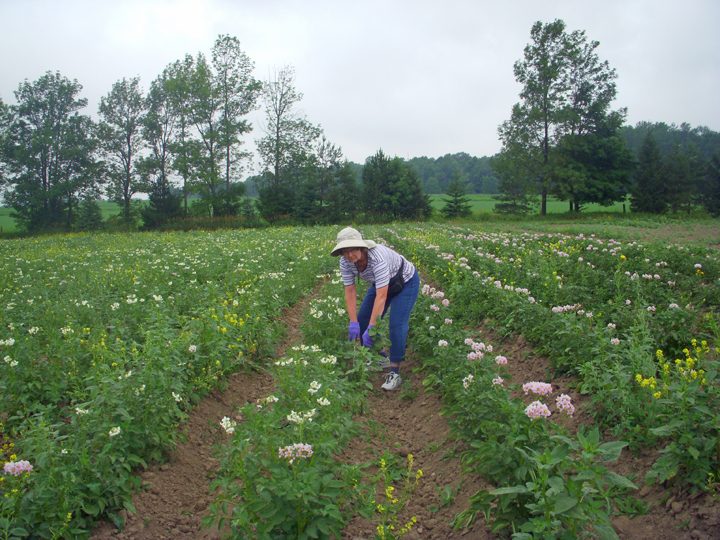 Pam Palechek is not only an expert gardener but an expert instructor. Learn more
about our friend Pam.