Its flower cluster is made up of many small flowers on one stem. Each flower has its own stalk, called a peduncle, and the tip of the flowering stem continues to produce flower buds after the first/lowest blooms have opened. 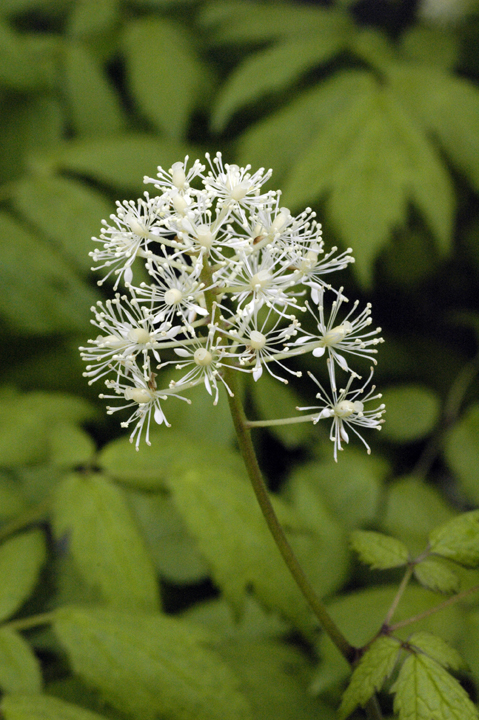 This flower cluster is called a raceme. Gardeners often call such a cluster a spike because it is longer than wide. Baneberry's cluster elongates as it blooms and ripens seed, finishing as an attractive stem of white berries tipped with black dots (doll's eyes), the whole thing about twice as long as it is wide. (The berries are its most toxic part, thus the commn name baneberry.)

Below: A spike flower is also one with many florets on one stem and the tip continuing to grow as the base blooms. However, to be technically correct, it's only a spike if each flower in the group is attached directly to the stem -- it has no peduncle. 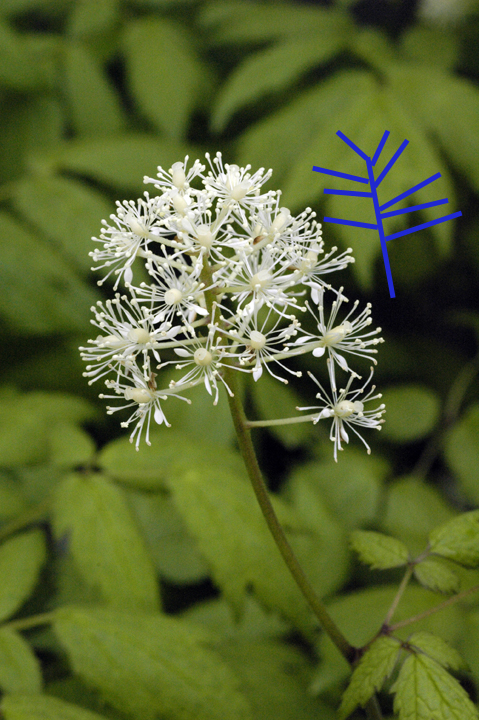