Garlic chives bloom in late summer. The flowers make great additions to salad or anything that needs a garlic bite. They may also be great additions in or near rose gardens, as "roses love "garlic (and the whole onion clan) is the old wisdom about companion planting. That's plants helping each other by repelling each other's pests or adding to the soil what the other needs. 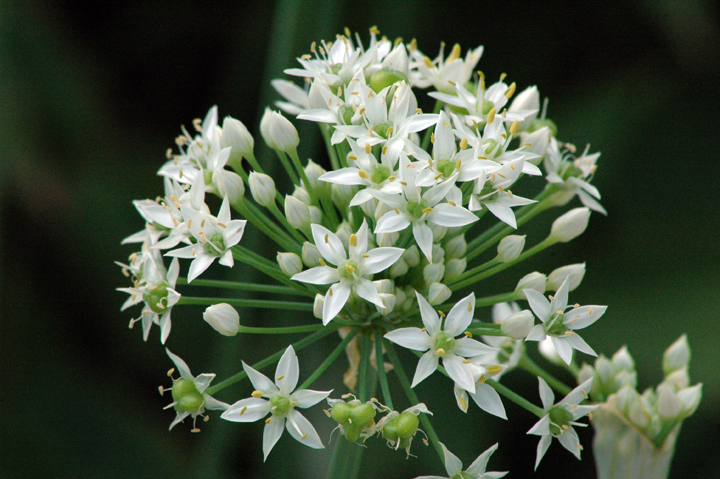 The flowers are arranged in an umbel. In an umbel, all the flower stalks (peduncles) arise from approximately the same point. The outermost flowers bloom first. (Notice, above, that there are seed pods already forming on that outer edge, while flower buds are still being produced in the center.)