The species from which growers have selected individuals with larger, sweeter, and more deeply colored roots -- we call those carrots.

This one is being visited by a leatherwing beetle, a beneficial insect whose immature stages prey on other insects such as aphids and scale. 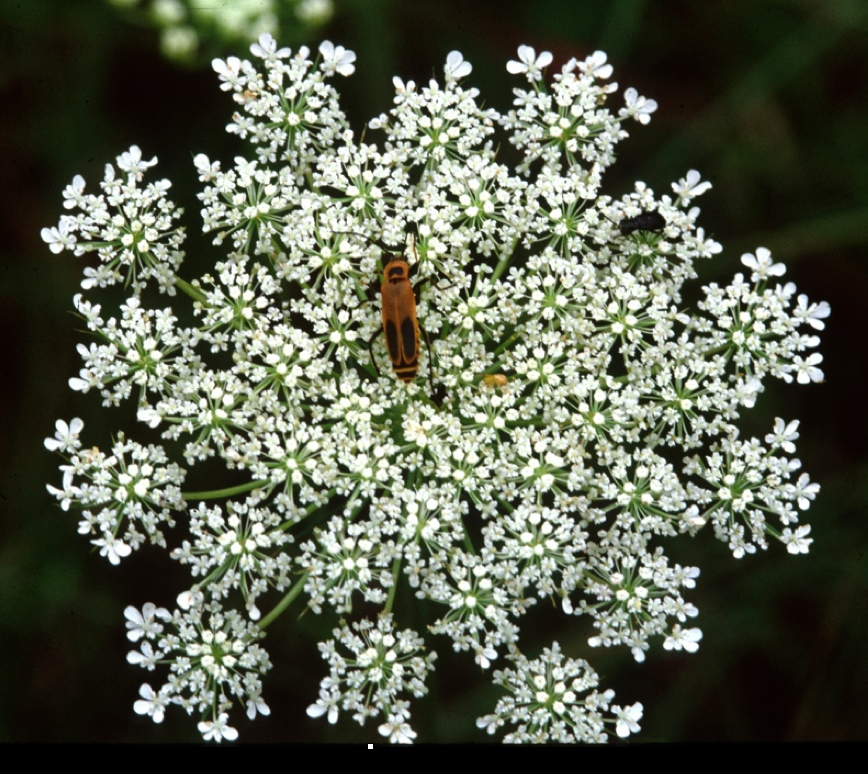 The flowers are arranged in a form called an umbel, in which the individual flower stalks (peduncles) arise from approximately the same point on the stem, and the center of that cluster is youngest, blooming last. Queen Anne's lace is a compound umbel, with each "ray" of this lacy umbel forming its own umbel.

Below: We've circled one umbel to point out that the outer ring of flowers in the umbel is in bloom (A) while the center flowers (B) are still in bud. The order of bloom holds for all the umbels in a compound group, too, so the central umbel of the compound arrangement is still in tight bud and a bit pink as the outer umbels begin to bloom. The overall appearance can be of lace around a pink-ish center. This gave rise to the fanciful common name, as the flower is said to be the beheaded English Queen Anne Boleyn's lace ruffle around the stump of her neck. 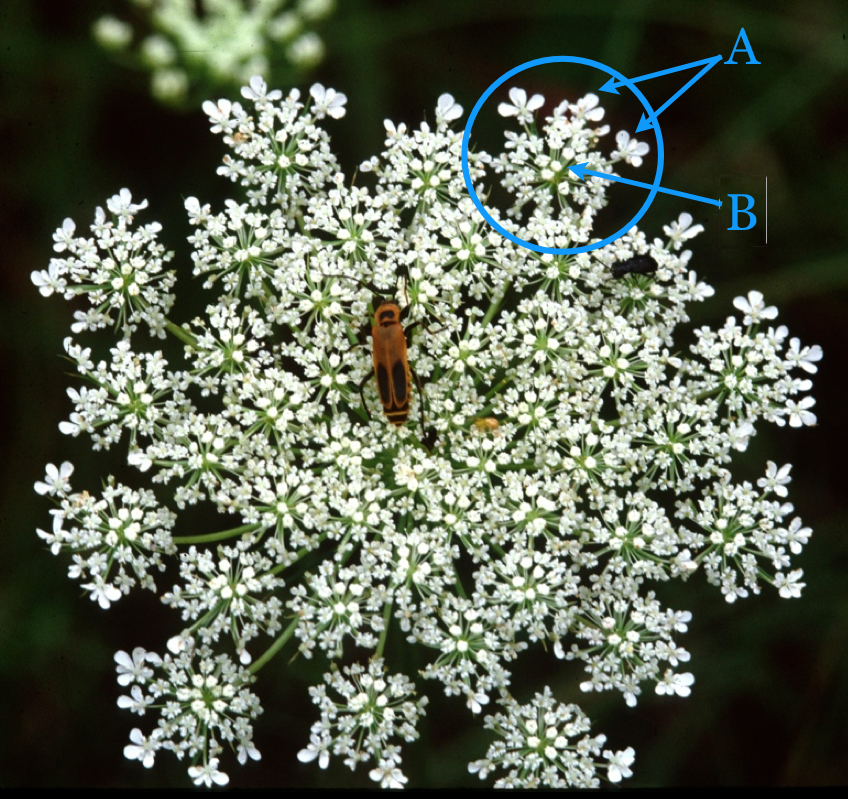