They slip by on sheer attitude

Some problems have no solution. All we can do is to share the pain and ease it a bit with laughter. For instance, whyizzit that:

...weeds are the plants that look best each spring among all the things I can no longer name? They absolutely give off vibes like 'of course I belong here'!

More about garlic mustard control
in What's Coming Up #39 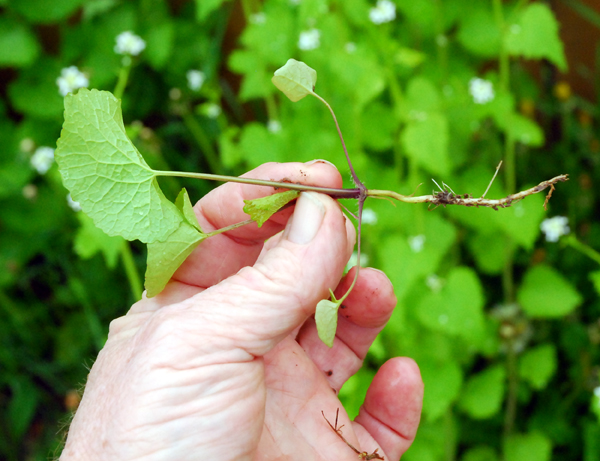 Few plants have such attitude as the ones that become invasive weeds in an area. Garlic mustard is one of them. Learn to recognize the seedlings of this biennial (above) so you don't have to deal with the deeper rooted second-year plants that come back from broken roots.

Grin and bear it!

And consider that it might be a plant worth keeping if...

...when you pull it up you see potting soil on its roots.

...there are several of them, equal in size and spaced to form a neat row or triangle.

...it has a ring of seedlings around it that germinated in the soil you disturbed when planting.

...there are seed leaves plus true leaves (so you know it's a seedling) and there are hundreds of them.

...it's growing where you don't want something to grow, such as within the eventual spread of a known desirable plant. No matter whether it's a volunteer seedling or sucker from another desirable plant, or a "true" weed, those little guys in spring turn into big competition that can warp and suppress your desirable plants.

Okay, so if you're going to be a softie about this...

If there are a lot of any given seedling, thin them out. What remains will be healthier, and more quickly recognizable as they grow.

Establish a "no man's land" around every known desirable plant -- no other plants there, just mulch. This, because so often we figure "I can let that stay awhile" in what looks like bare space in spring. Yet that ground rightfully belongs to your good plants which will expand as they grow.

To distinguish between new seedling and returning perennial

How to know it's a seedling? Look for a big difference between the oldest two leaves and all newer leaves. Seedlings emerge with "seed leaves" and then begin to produce true leaves. 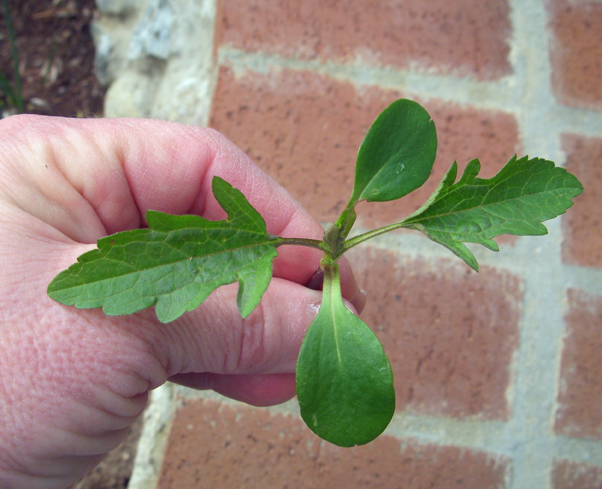 We know it's a seedling by the difference between first/lowest leaf shape andthe shape of those grown afterward. What we couldn't have figured by its smooth-edge oval seed leaves the true leaves are revealing: "Argh, it's giant ragweed!"

Be firm in dealing with seedlings you leave in place

If you're thinning seedlings, stop being so tentative and worrying about whether they will make it. Watch how little effect it had on deliberately sown love in a mist seedlings (Nigella damescena) to have good sized tall rocket weeds and blackeyed Susan volunteers yanked out from their midst. 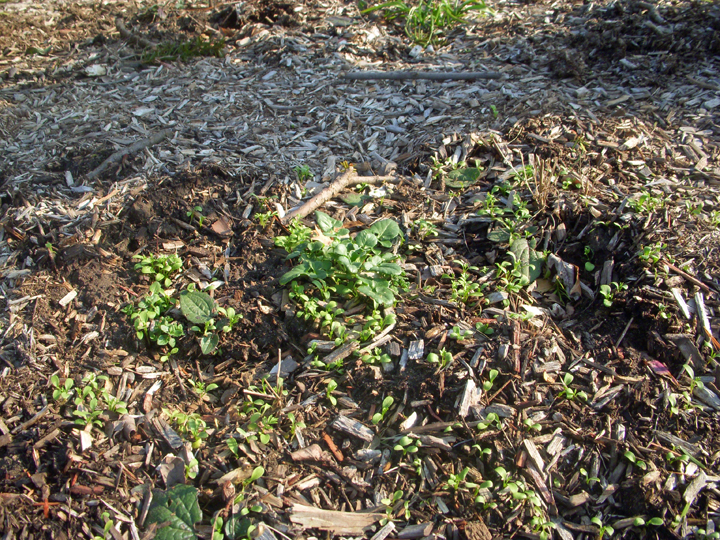 First, do you see the weeds? 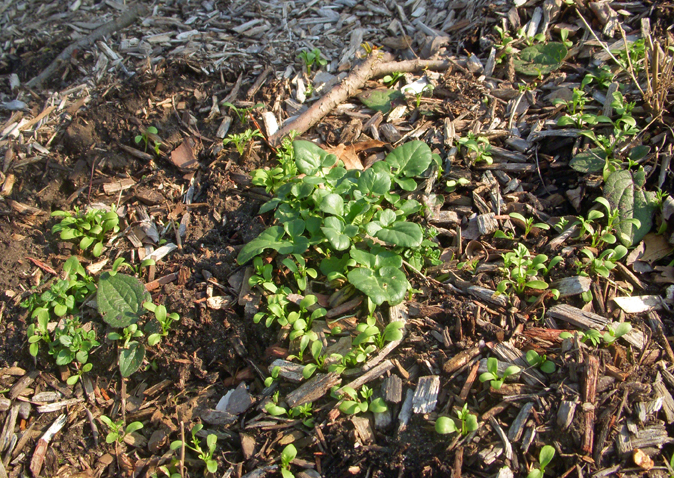 that's tall rocket in the center, and here and there the broad oval, deeply-veined leaves of blackeyed Susan. All among the seedlings of love in a mist.

Tall rocket is a mustard family plant that's a "winter weed." Plants in that category germinate in fall and increase in size during every thaw so that they are not only well grown by early spring but flowered and gone to seed before many gardeners get out to tend a bed. Blackeyed Susan (Rudbeckia) is desirable elsewhere in this garden but here as a volunteer seedling, it's a weed. 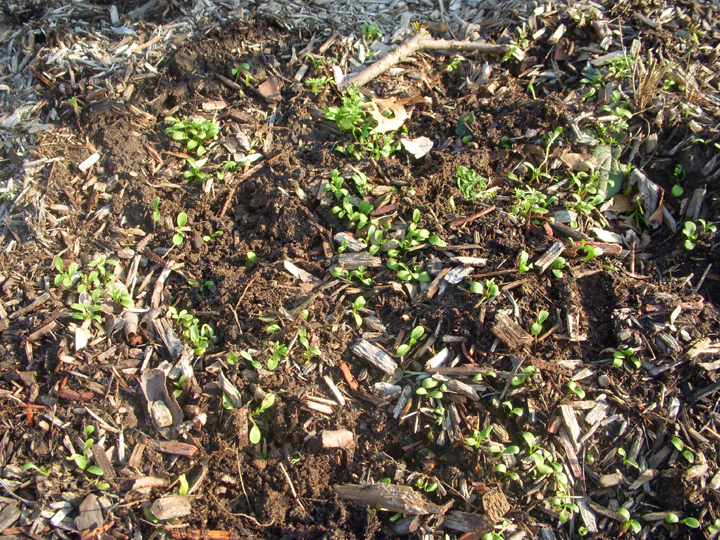 The love in a mist right after weeding.

One week later. Time to thin them!

Thin those seedlings! Leave at least a hand's breadth between seedlings. Even if half of them fail, those that are left will still fill that space in no time and be healthier and more attractive as a result.