Reclaim the patio and the view from this "dwarf" 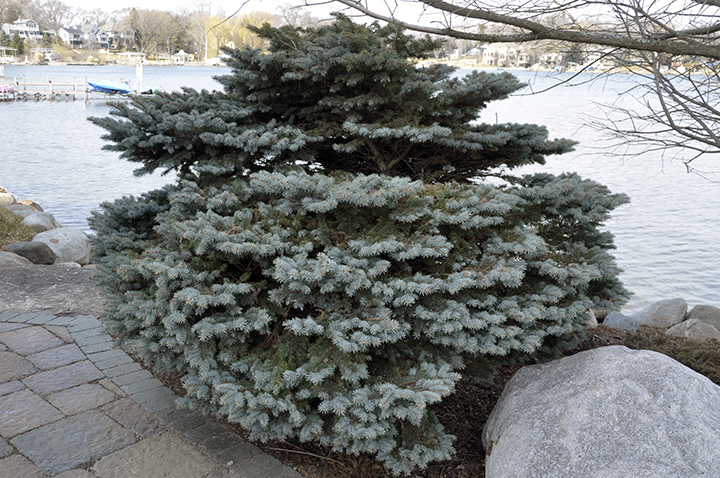 Something had to give with these two dwarf globe spruces. Room for people was becoming scarce on this lakeside patio, as the shrubs encroached and bathing suit clad humans shied from their prickly presence. In addition, both shrubs were changing shape, as their kind is wont to do after about 15 years. Each was developing into a chubby pyramid. We know their growth rate will also accelerate now.

Yet the owner likes their looks and presence. So we considered the pruning prospects.

Come prune with us.
Watch Where we're appearing
for the Garden by Janet and Steven
sessions we offer. Search the list
of our appearances for "prun".

We looked inside to see what depth of foliage there was to work with.  It's the lower limbs that are the limiters -- there is almost always plenty of dense growth at the top so that it can be cut back more than the sides. 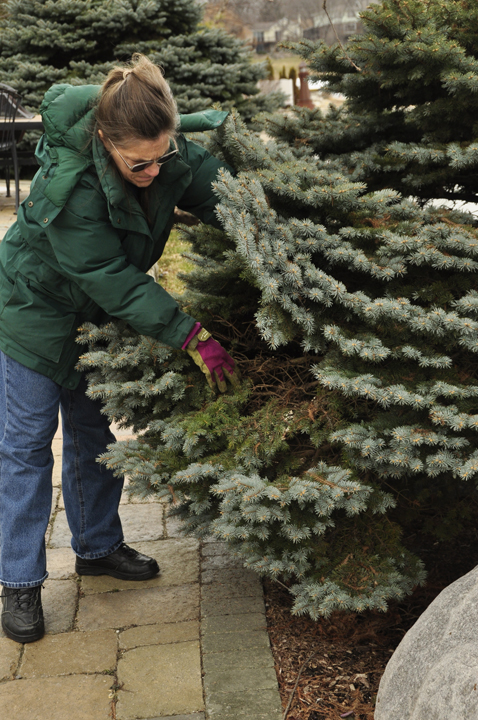 Not much leeway there among the lower limbs. Most of the needled branches are already beyond the patio edge. With rare exception, spruce does not develop new green from bare wood. So wherever bare wood ends up at our new outer edge, we would have to reach into the plant's center and remove that entire branch.

We explained: "We can cut these back enough to reclaim the patio, and it looks like there will be enough side branches to fill in the gaps we must leave. But these shrubs will look different afterward -- less chubby, more coarse."

Together we decided that since it wouldn't take too long (about 30 minutes per shrub) we would prune away, then see what was left. If the look was unsatisfactory, we would not have wasted much time as we would be partway through the job of cutting them out and replacing them.

Easy peasy, then tricky and picky

We approached this the same way we do a full sized spruce (for more detail, see Reduce a spruce). We cut the top down first, then worked down one side, clipping the shoulder and working down to the skirt. At the skirt, things got tricky and picky. We were thankful for long sleeves as we reached deep into the shrub to remove whole limbs that had no needles or growing tips within the desired new outline. 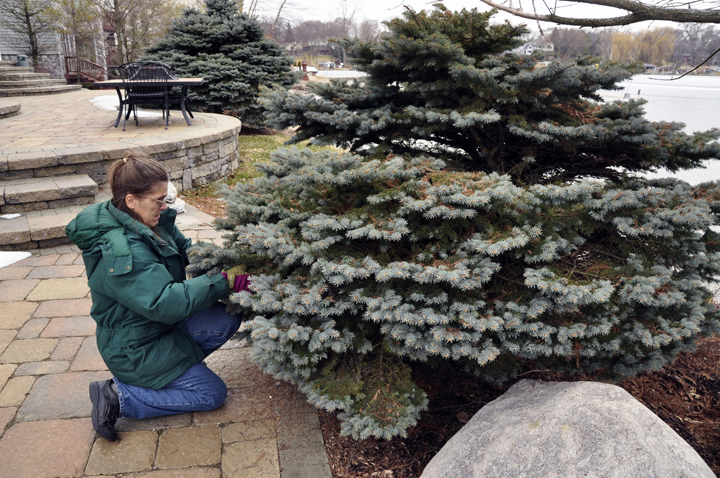 The brown on the fans of foliage is not an accumulation of dead needles, which would make us wonder about the plant's health. It is needley bald cypress foliage that's dropped there from the tree above.

One down, one to go

Compare the photos above and below this line and use the ladder as a ruler to see how much of the second spruce we cut away. 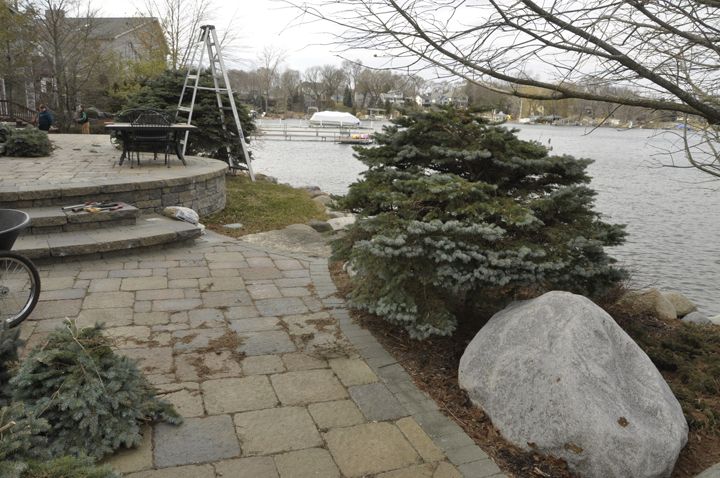 "We can live with that and let it fill in."

We thought the gaps might make the plants unacceptable, but no. So we cleaned up our clippings and left.

Sunlight and spring rush will now act on the branches' new tips -- small side branches that had been wasting away in the shade of the interior. There will be respectable new growth there by midsummer.

Then, next year, the gardener will have to make this shrub toe the line, continuing to prune what threatens the patio while allowing it to fill in elsewhere. 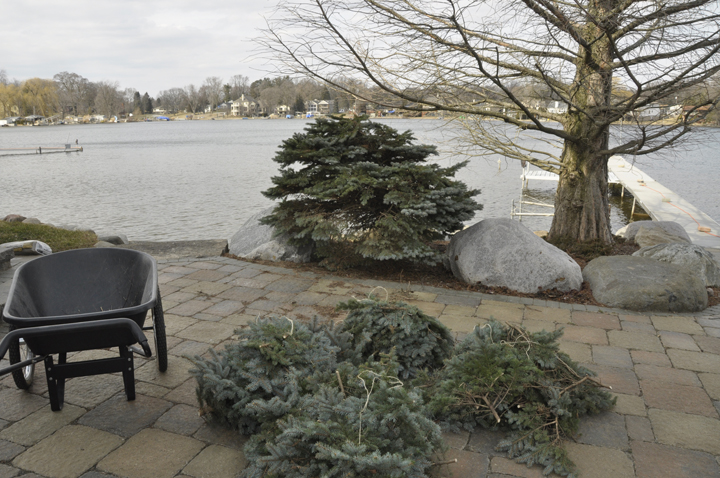 Wondering about the "dwarf" designation

How can something so large be a dwarf globe blue spruce?!