No perfect subject in the real world

This little tree could serve in another of our pruning stories,Cut n expectations, as an example of what's reasonable to expect of a juniper cut back after having been allowed to become too large.

Because it was 'way too big -- larger than what you see below in this year's "before" image, yet still only about half its 40-foot potential -- and since juniper does not develop new leaf from bare wood, it's been a slow process developing some foliage in what was an almost-totally woody center when we first started working on this 5 years ago.

Some of the cuts we made left a big limb an inch in diameter with only a wisp of foliage at its tip. That's a lot of wood to ask a tiny bit of greenery to support! Some of those branches made it, but some eventually died back and had to be taken out entirely.

Yet we see the interior is gradually getting leafier. (Take a look to compare this initial "after" to how it looks two cuts and 5 years later, and judge for yourself.)

So, now we've cut the tree three times -- every two years. We pick up the story here at that third cut. 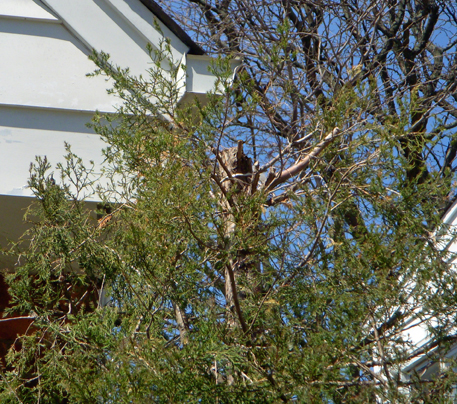 Let's be real: It's a juniper. Once allowed to become too big, it's not an easy or quick process to reduce it. Five years ago we removed a third of its height. Two more cuts and five years later, it's beginning to shape up! 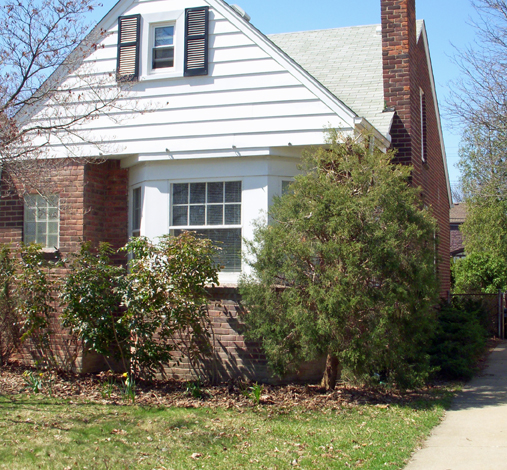 The first cut was very hard and left the tree quite thin. 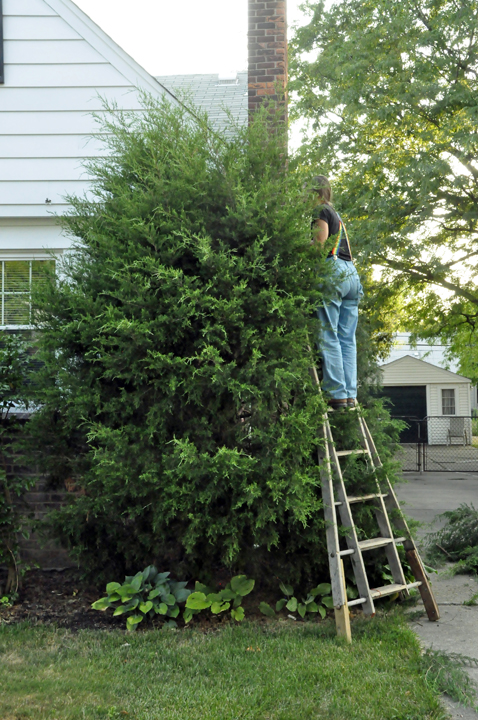 As we did for the blue spruce we showed you in Reduce a spruce, we start by taking the top down... 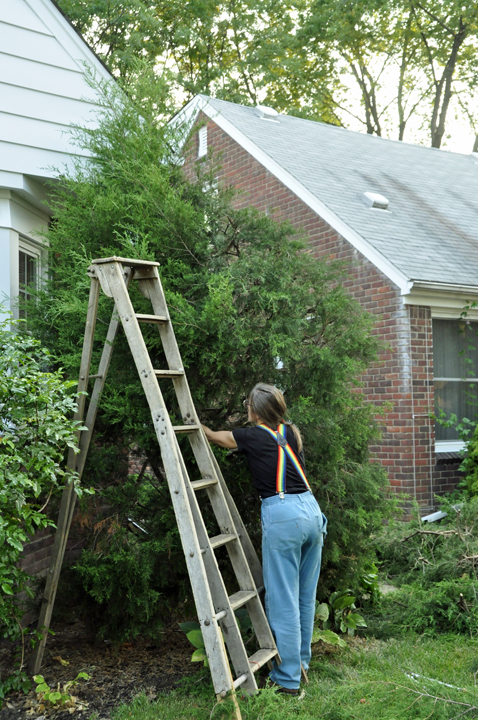 ...and then come down each face of the tree, reducing the length of the side branches as we descend. 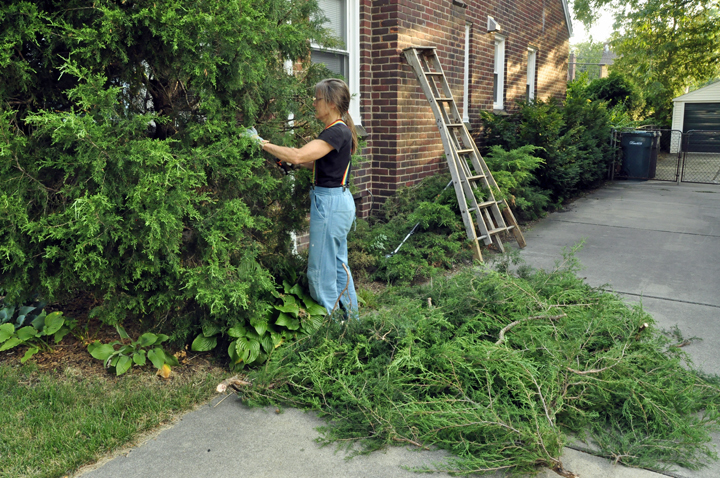 We take out quite a bit of green. We could take less, and cut more frequently. However, we put this tree on a two-year pruning cycle -- we cut back far enough each time to allow it to grow for two years. (Why? Because why do the work more often than necessary? And who wants to deal with a picky juniper more often than that? 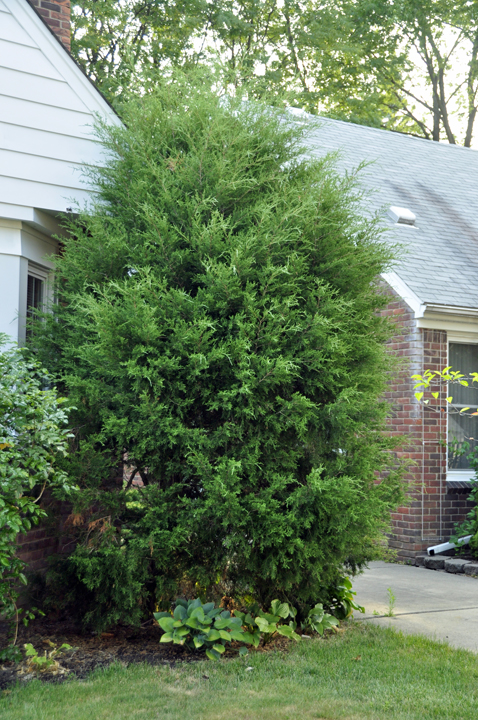 The before and after from cut #3. Still a bit dumpy in form but fuller after this cut than that first time (take a look again). 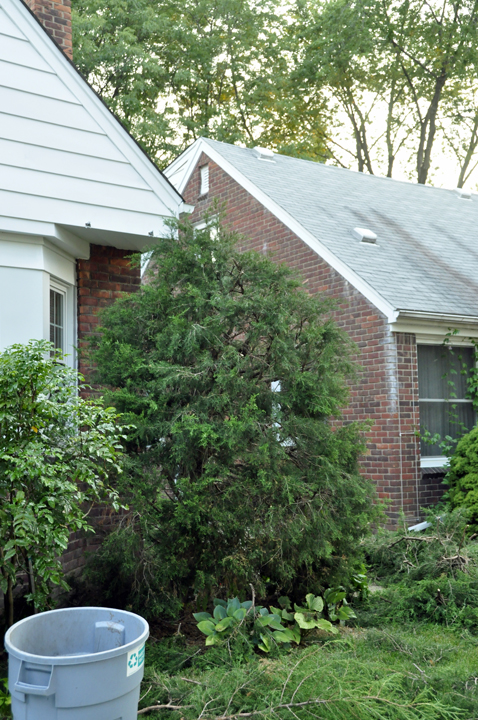 Perhaps two years from now when we cut it again, we can improve the shape from chubby spindle to more svelte column. Stick with us and you'll see!