Mildew is not always white

My peony turned gray this year. It happened kind of suddenly in September. I've never seen this before. Is it something to be worried about? Should I do anything special to them this fall or next year? The peonies were my mother's so I don't want to lose them. - O.E. -

Powdery mildew can afflict a peony and this year in some regions environmental conditions afforded that fungus the perfect opportunity. We, too, saw it crop up where we've never seen it before.

We have cut or will cut all those peonies to the ground and put the debris into a hot compost to destroy the fungal spores. Chances are it won't be a regular occurrence but by reducing the amount of material that harbors the spores, we hedge our bets. 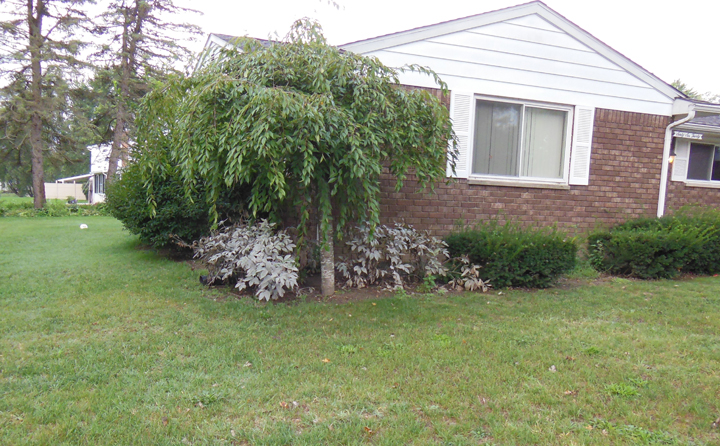 This peony's overnight explosion of powdery mildew was a 45mph eye catcher. Janet braked, saying, "What's that? A variegated rhododendron?" 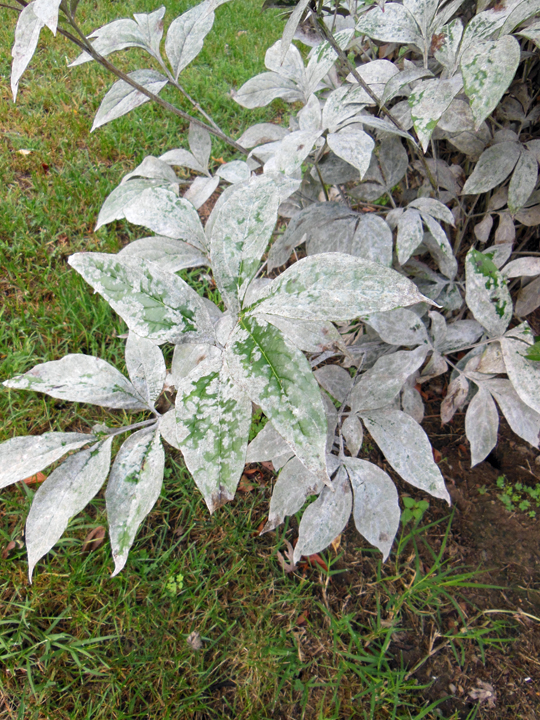 Mildew, by the way, is often gray or white on a leaf but it can simply turn a leaf yellow, brown or bronze.

The fungus first consumes some of the leaf's essence and then "blooms" with the white or gray fuzz when conditions are right. However, if the leaf dies before the fungi mature, or if the leaf is partially damaged but has the power to resist the infection -- perhaps by producing chemicals that stall or stop the fungus -- then it may show these other colors.

Here are mildew-infected leaves we saw this year.

Please note that all of this damage happened as a result of mildew fungi but numerous fungus species were involved. Some of these fungi can infect many different species of plants, some have a more limited host range. So when you see mildew on a number of unrelated plants, it may not be spreading between them like a flu spreads between people. It's more often the case that the environment in the area simply favors fungal development and has opened the door to each plant's own curse. In that situation a change in that environment is a better solution than tackling each plant's affliction. Improving light, air flow, irrigation patterns or switching to resistant plant species may prevent infection, which is the best method for handling fungal problems.

Not all peonies developed mildew, and some were not such hotbeds of sporulation as the one at the top of this page. This level of visible mildew was more common: 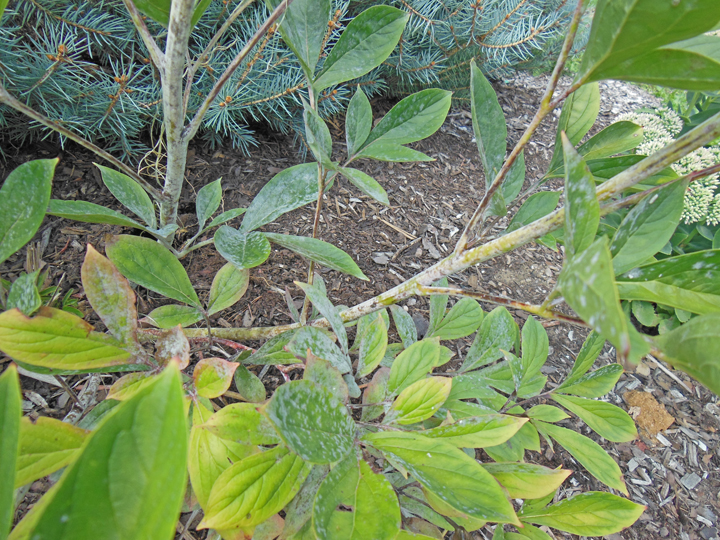 There is a dusty look to the leaf surface, and some scorch where mildew-ravaged tissues were more sensitive to heat than healthier tissue. 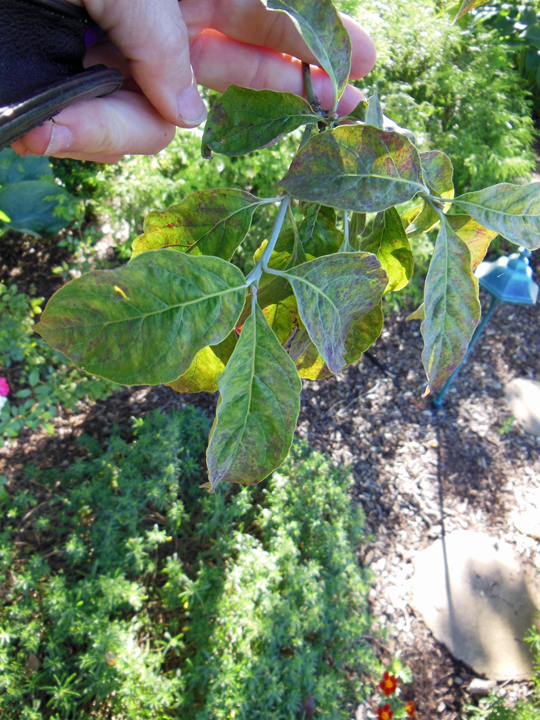 Mildew usually infects a leaf long before we see its white or gray stage. If the mildew takes enough out of the leaf before conditions are right for the fungus to form its fuzzy, spore-producing coating, the leaf will brown and die. 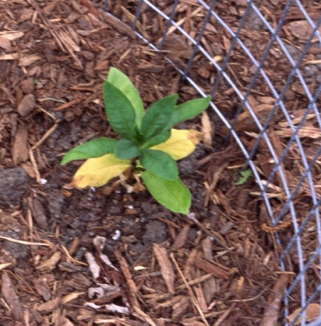 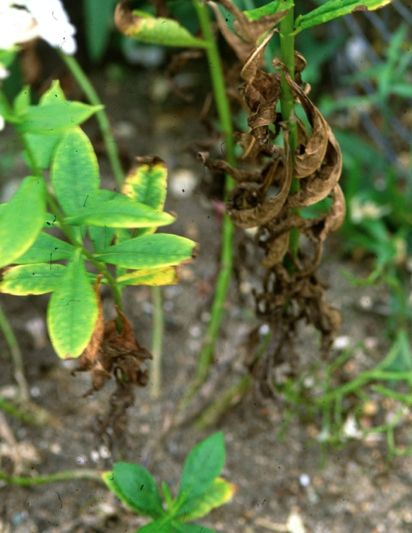