Racing in front of Frankenstorm

On her way to work in Massachusetts, Janet planned stops to work at gardens in Ohio and Connecticut, too. En route, the agenda became complicated by a tropical storm headed for landfall somewhere on the mid-Atlantic coast, forecast to meet up with continental air masses in New England that would turn it into an even more powerful "Frankentstorm." She changed her route to work on Cape Cod a day early, in order to be in and out of there ahead of the storm.

Along the way across Pennsylvania she was impressed by how light the traffic was, and how much of what there was consisted of tree trimming- and utility crew truck convoys heading east, interspersed with flat bed semis carrying big portable generators. She also spotted EMS truck convoys.

Company names and license plates on the trucks told an impressive story. These groups of ten, twenty, and thirty trucks had been on the road a long time from Kansas, Missouri, South Dakota, and Michigan. We'll keep it in mind from now on, that even when the weather's fine at home, there can be a shortage of these crews and equipment if there's big trouble looming in another region. 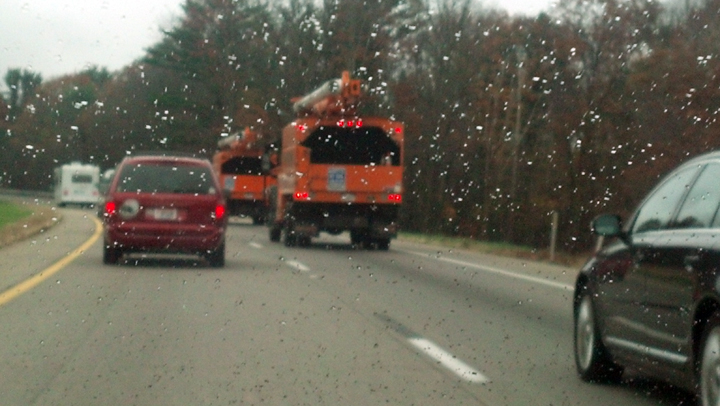 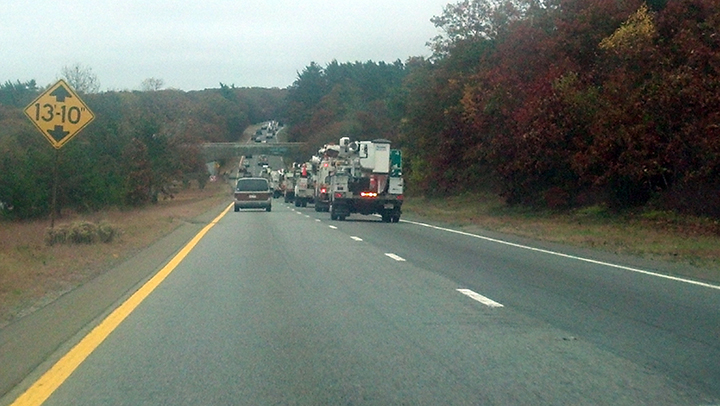 red and black tree trimming and chipping rigs from Michigan 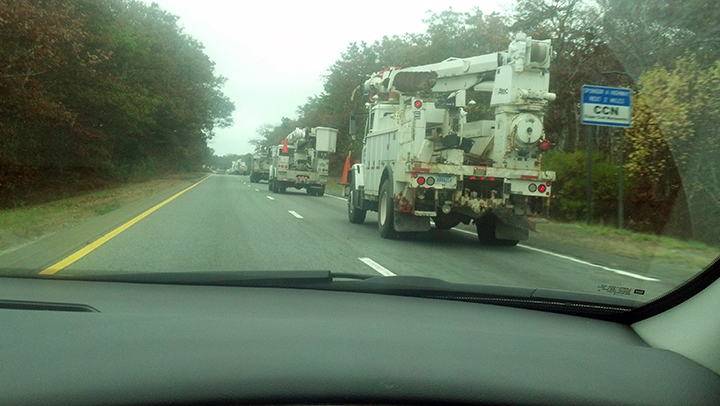 trucks equipped with both buckets and pole setters from Missouri 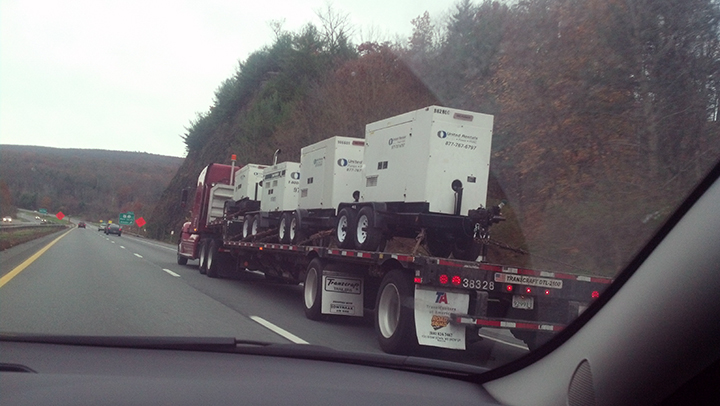 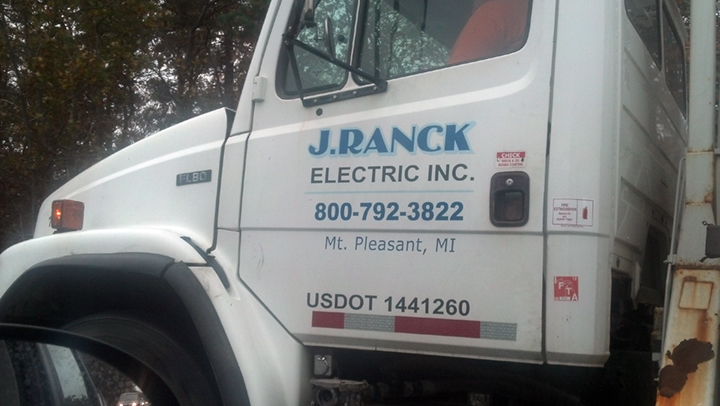 Pulling alongside a 25-truck convoy Janet sees it's a Michigan contingent, and the driver of the truck responds to Janet's Michigan license plate with a cheery honk. 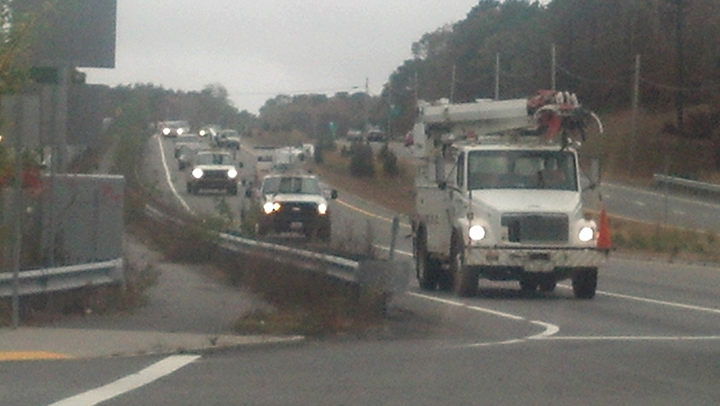 Later, Janet realized she was ahead of that group and stopped to salute them from the road's shoulder. 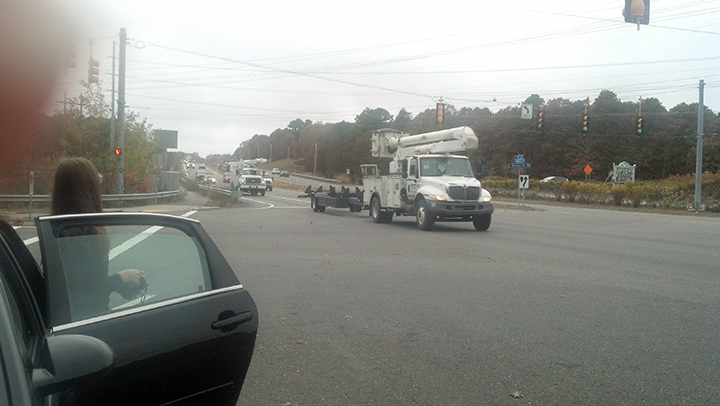 No worries- Janet does not drive while operating a camera.