(Last week I) saw a DANDELION blooming! it was hugging the ground and the base of an exposed hillside, but nevertheless! At home we found winter aconite raising leaves and blossoms, not many and not open, but they are showing themselves. Iris reticulata, wood hyacinths, and a few tulips have also pushed through. I would love an early spring, but if I remember, we get ice storms in March... It would be fun to know what others are seeing. - S.W. -

Dandelions are amazing. In 2005 we had a report of one blooming in a warm spell on January 5 (Growing Concerns  #602). They often beat lenten rose (below) to bloom but are rarely credited or appreciated in the same way. (Although our poet-gardener Frank Harney was pretty appreciative of them when he wrote the poem in What's Coming Up #131.)

The nice thing about dandelions stems that mature so early is they probably won't be pollinated. So that flower that might have waited for an April, bee-flying day is a flop, not able to complete its mission. A little less dandelion seed* may be added to the world this year. 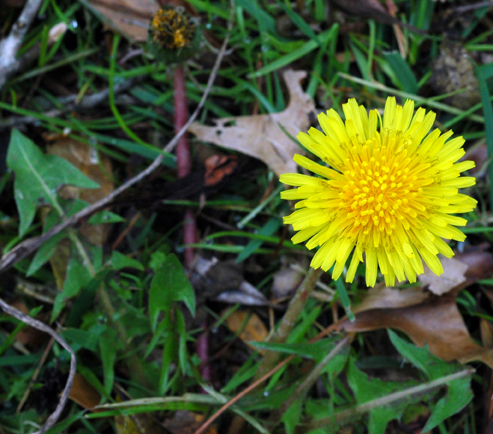 We hear it over and over: We worry that a plant will be hurt by "X", where X is a factor we wouldn't think twice about in relation to a weed. The current example is: "My tulips are up early! Will they die if it gets cold again?" Meanwhile, dandelions are up early, too, with no one concerned about them...

Flowers that emerge too early risk missing their pollinators.* No pollen carriers, no seed, and the flower itself may last only very briefly if its petals are killed by cold.  A brief bloom is a shame, when it comes to tulips. Yet we can delight in the "no seed" angle when it comes to dandelions.

The aconites (Eranthis hyemalis) and other sprouts will probably be fine. They, too, might have their flowering stems nipped back by cold but their essential parts are below ground, safe.

As for what others are seeing, please post your observations on the Forum as an invitation to others who are seeing unusual developments. We do that: We've garnered some input in the Ecology folder about unusual warm winter observations, and are currently asking about earliest bees... 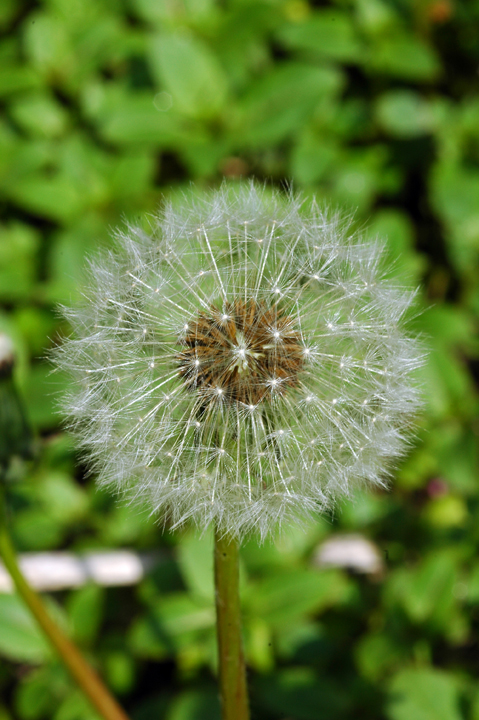 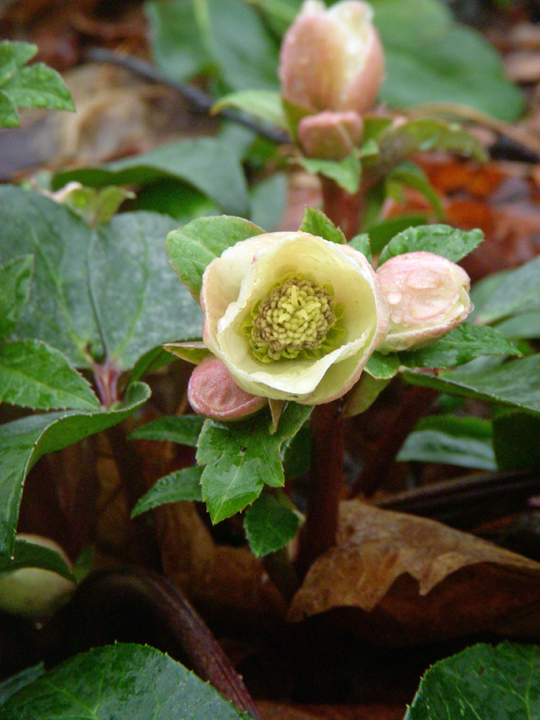 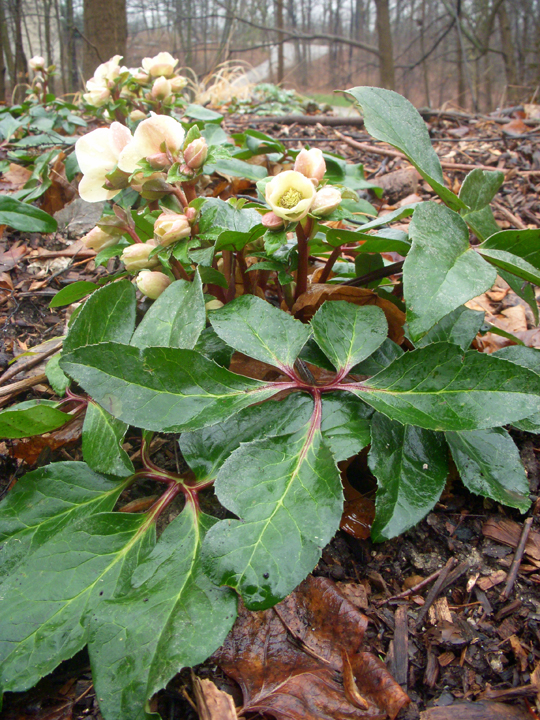 Lenten rose (Helleborus x orientalis) is a very tough customer. Those leaves have weathered winter, hugging the ground. All that time, the flower buds were nestled in the crown, at ground level. They very quickly grew up to take advantage of a February warm spell. Although we're don't usually see them bloom until March, we aren't worried that the plant will suffer any lasting harm if its preciousness costs it some flower stems.

*EXCEPT, that at least SOME dandelions can set seed without pollination. More on this Apomixis at the forum in Wildlife, Earliest Bees