One October day, T.C. asked, "Have you ever seen a daisy grow like this?" 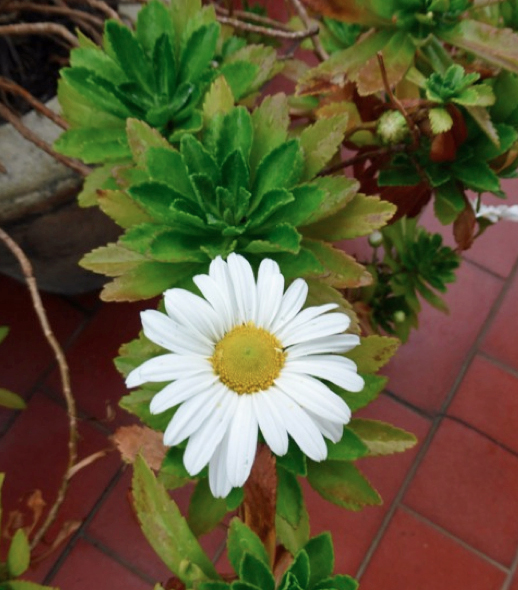 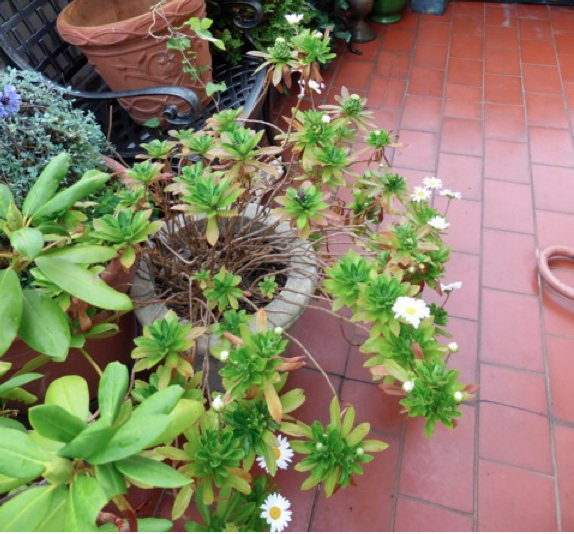 Photos above, left and below, copyright T.C. c/o GardenAtoZ

This article is Sponsored by...

That's a Montauk daisy (Nipponanthemum nipponicum, hardy in zones 5-9). It's actually a deer resistant, three-foot woody shrub we treat like an herbaceous perennial. That is, even though the aerial parts might survive winter and sprout new growth from the branches, we cut them way back to nothing every spring. This doesn't affect bloom but does keep them dense and not so sprawly. It can also help their form to be pinched, so they will be low and dense in bloom. Simply shear them in late spring, shortening the plant by one-third as you would in pinching a traditional mum.

Although they're hardy to zone 5 we use them most in gardens that are zone 6 or warmer, where they can shine alongside many late bloomers. In zone 5 Michigan gardens their flowers come so late they may go unnoticed-- coming after many viewers have bundled up and moved indoors. Wherever they bloom, it's important to place them with other fall stars so their show won't be wasted among tattered, long-spent species. 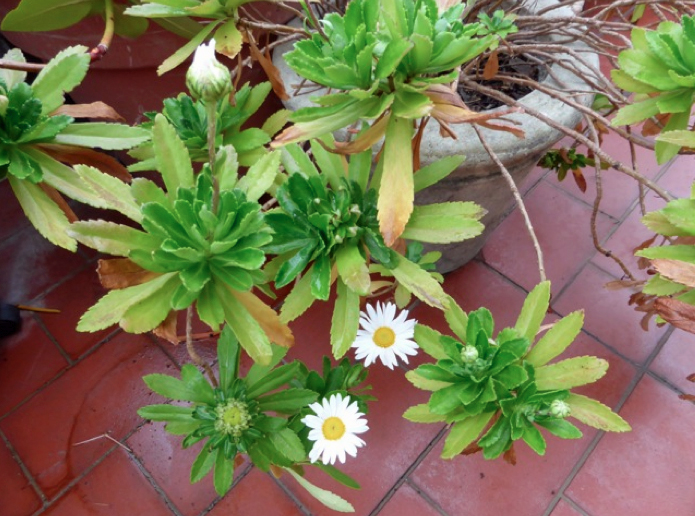 Some people who grow them have balked at our direction to cut them back to the ground each spring. "No!" They say, "we can't do that, it will kill them." Or they say, "Okay, we'll cut them but we're afraid so we'll cut them to 6 inches or 12 inches tall" which means they may be ugly all summer, with bare woody ankles creating a distraction in borders otherwise lush and green. Worse, the previous years' stems may die back and all the new growth from the base won't cover that dead wood until mid- or late summer. 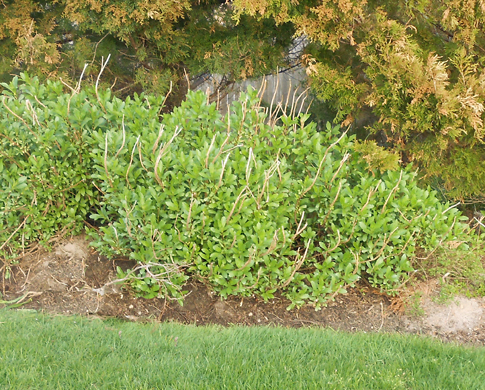 When a Montauk daisy's stems die back over winter, they remain a feature until well into summer when the plant's new shoots finally grow over the dead. This photo was taken in mid-June. The new growth is only half way up the old stems. 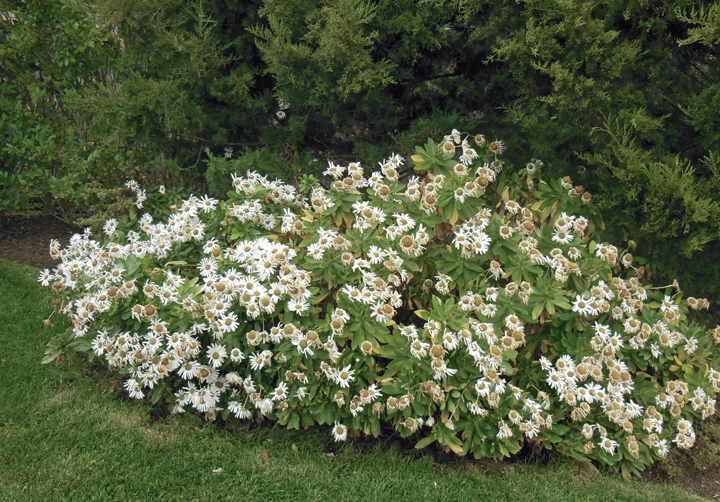 For the garden that needs bold faced late color, Montauk Daisy is a good choice. This one was still worth admiring on October 28, weeks after its peak bloom. 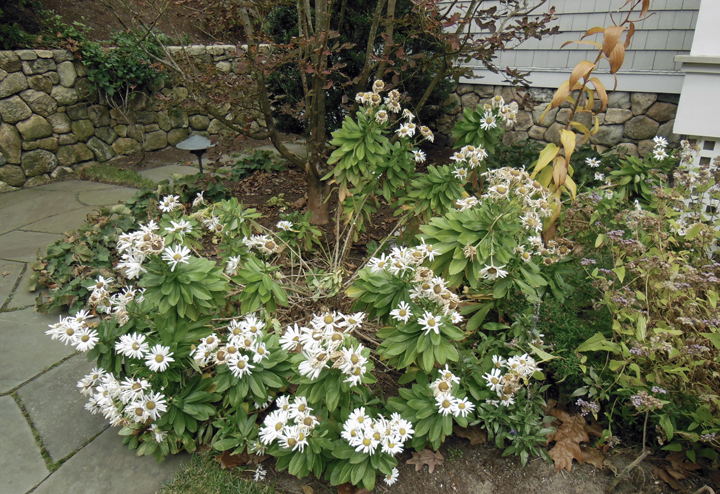 Give Montauk daisy less than full sun and it probably will sprawl by bloom time. This one grows in a spot that receives only 3 hours sun each day. Despite being cut to the ground in spring and growing back entirely from the base, it could have used a pinch during spring, too. That would have helped keep the stems shorter and less likely to sprawl. 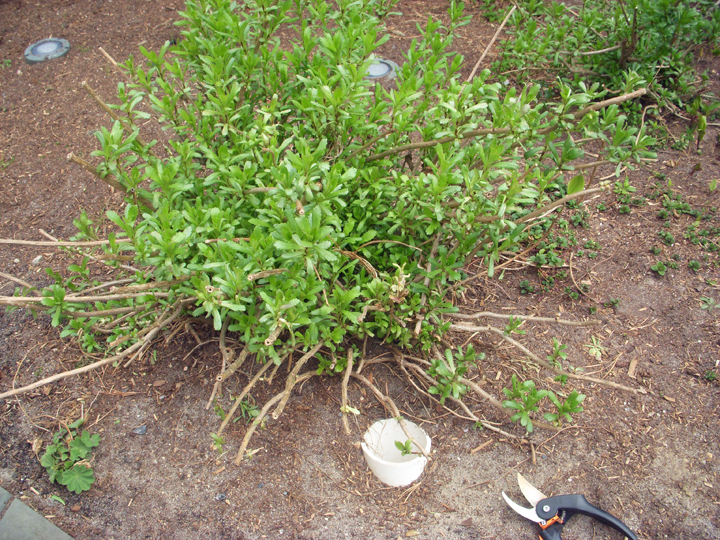 In early spring you can tell at a glance that some woody portions did not survive winter. 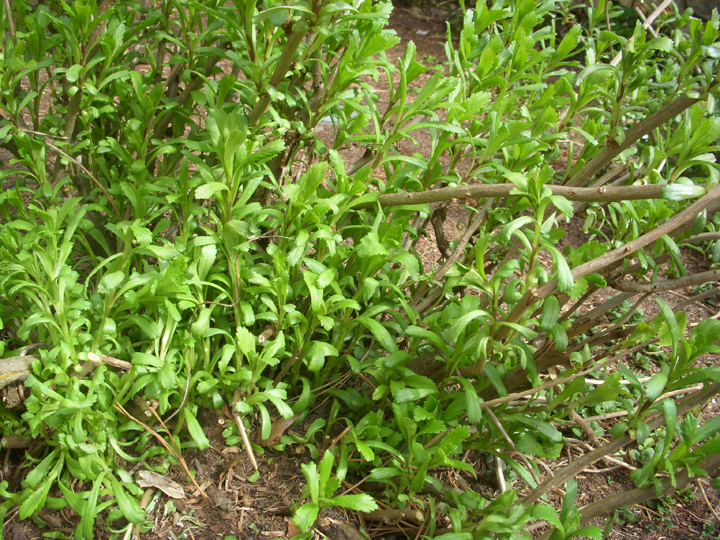 We cut out all those woody stems, clipping them to the ground and leaving only the shoots growing new from the base. 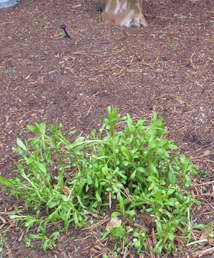 Same plant as above, now with all old wood cut out. 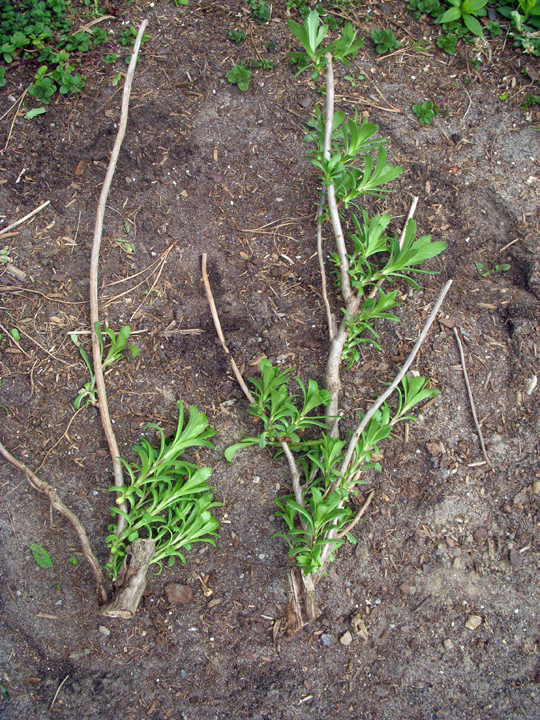 Here are two of the stems we removed. Yes, they had new growth coming which has thus been "sacrificed," but those shoots would have only become splaying weights on already-sprawling old wood, all topped with ugly dead spits. 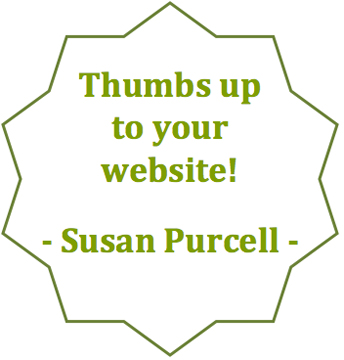 You, too can become a Sponsor...
To read more of our Sponsor-recommended articles